Police found the teen boy with a gunshot wound in the 600 block of Alabama Avenue in Southeast near Democracy Prep School. The shooting did not happen on school property, D.C. police said.

Officer searched the area for three suspects Wednesday afternoon. They are described as black men, two of whom wore tan pants.

The teen, whose age has not yet been released, was unconscious but breathing, police said. He was transported to the hospital.

Below is a map with the location near the shooting: 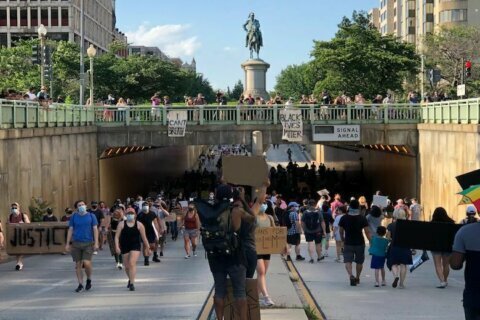