An apartment fire sent two firefighters to the hospital and displaced eight people in Southeast D.C. on Friday night. Investigators are searching for the cause of the fire.
(1/4) 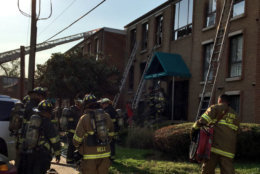 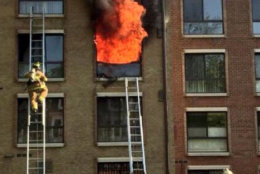 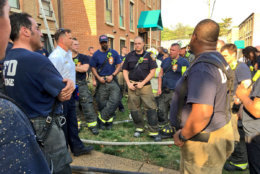 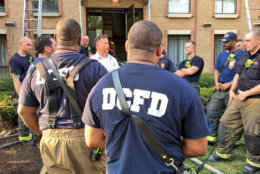 It happened before 5:30 p.m. Friday. D.C. firefighters responded to an apartment fire in the 1600 block of Gainesville Street Southeast near the Greater Mount Joy Church.

Update Working Fire 1600 block Gainesville St SE. Had heavy fire in a 2nd floor Apartment. We will be transporting a firefighter with a non life threatening injury. Fire knocked down. Checking for hotspots. No civilian injuries. Investigators on scene to search for cause. pic.twitter.com/QtkNmUPMQV

The fire was located on the second floor of a four-story building, and several units were affected.

Members of the Red Cross and the D.C. mayor’s Office of Community Relations and Services were present to help the displaced residents. No one was hurt.

Two firefighters were taken to the hospital with injuries that are not life-threatening.

Investigators are searching for the cause of the fire.