DC firefighters battle a blaze on the water 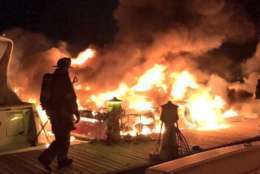 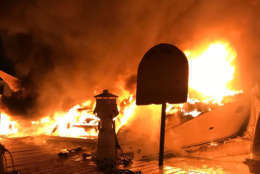 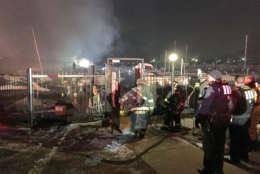 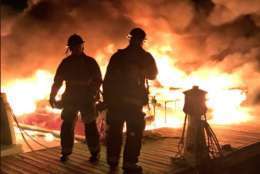 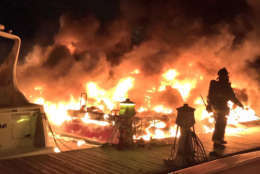 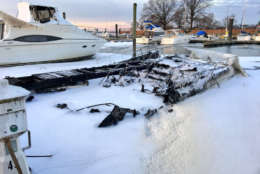 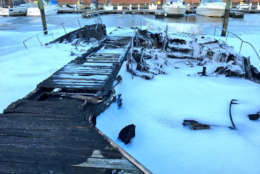 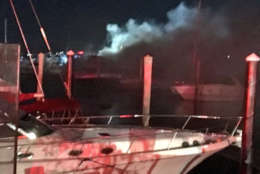 WASHINGTON — D.C. firefighters had to extinguish a blaze on the water Monday morning after a fire broke out at a marina in Southwest D.C.

All visible fires were extinguished by 7 a.m. Hazmat teams are at the scene to deal with fuel in the water that didn’t burn. The effort to clean that up will involve the U.S. Coast Guard and the D.C. Department of Energy and the Environment, said D.C. fire spokesperson Vito Miggiolo.

Fuel from the vessels was still burning at around 6:30 a.m., and firefighters used foam to extinguish the last of it.

The extremely cold weather that has posed problems for firefighters across the country was a challenge for D.C. firefighters this morning too.

“As has been the case with this severe winter weather, the icy conditions created a challenge for us but we were able to overcome those challenges and extinguish the flames before they were able to extend to any other vessels,” Maggiolo said.

The cause of the fire is under investigation. Firefighters were able to stop the fire from spreading to other boats.

The marina is located at 2nd and V streets in Buzzard Point. Below is a map of the area of the fire.