For some DC kids, the lesson plan includes paddling on the Potomac

There's a national drive to get “Every Kid in a Park,” and on Tuesday that included taking 70 D.C. fourth-graders outside to paddle on the Potomac River. See photos and video.
Listen now to WTOP News WTOP.com | Alexa | Google Home | WTOP App | 103.5 FM

WASHINGTON — There’s a national drive on to get “Every Kid in a Park,” and on Tuesday that included taking 70 D.C. fourth-graders outside to paddle on the Potomac River.

For some students, such as 9-year-old Samarah Malcolm from the Elsie Whitlow Stokes Community Freedom Public Charter School, this was not their first time in a canoe.

Samarah explained she’d been out on the river last year as well. “Last year, we saw an animal called a beaver,” she said with the air of an experienced paddler sharing her discovery. The experience sold her on getting outside to experience what the parks have to offer. “You don’t want to be staying inside,” she says; “you want to have fun outside!”

Billy Schrack, director of youth programs at the National Park Trust, says for many students the outing is a transformative experience. “You see them coming in sometimes with a fear of getting out on the water, and by the end of the day they don’t want to leave the boats.” 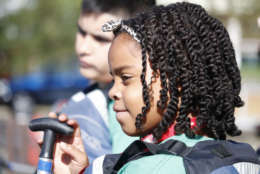 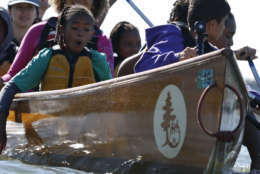 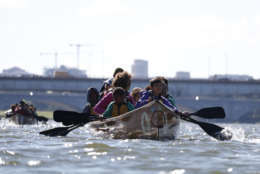 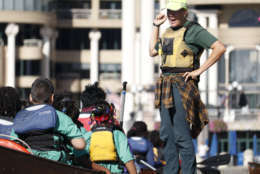 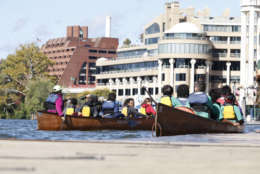 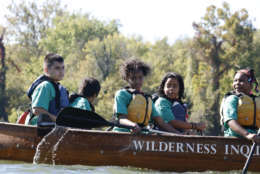 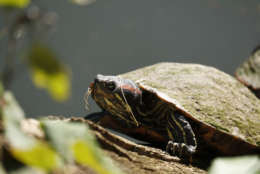 On Tuesday, the students took off in a convoy of canoes, with bright sunshine sparkling on the Potomac River. Some students said they were nervous at first, but once they were bobbing in the boats, they took up their paddles and pointed out sights along the river from the Key Bridge to the Kennedy Center for the Performing Arts.

Bobby Caballero, director of student support at the Stokes school, says the school has had a partnership with the National Park Trust that meshes with the school’s philosophy of helping kids learn outside the confines of a classroom. “We’re exposing kids to treasures that are right in their own backyard,” Caballero said.

Among his favorite activities: paddling along the Anacostia River. He explained that on one outing, the kids paddled right into the waterways of the Kenilworth Aquatic Gardens. “And that’s like, 10 minutes from our school, and our kids were saying ‘Oh my God, I didn’t know this was even here!'”

During Tuesday’s outing, the students were presented with free passes to all national parks, lands and waters for themselves and their families for a year.

See a video of the canoe trip: