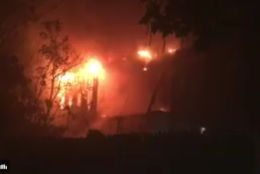 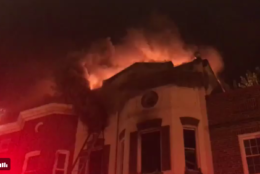 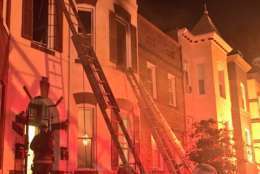 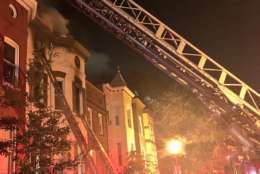 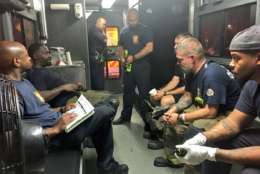 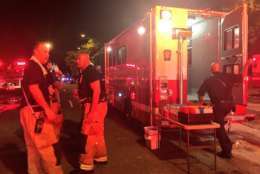 D.C. Fire and EMS responded shortly after 1 a.m. to a two-alarm fire on the 200 block of Morgan Street NW. About 100 firefighters and 20 units were called to the scene, officials said.

“When we arrived, we found a very serious fire already in progress — two homes were well-involved in the fire,” D.C. Fire’s Vito Maggiolo said. “We were able to attack the fire via the interior with an aggressive interior attack.”

The fire struck the second floor, attic and rear porches of the two rowhouses, officials said.

Firefighters were able to prevent the blaze from spreading to adjacent homes.

Maggiolo said no one civilians were injured.

Officials have not determined the cause of the fire.

Editor’s Note: An earlier version of the story said the fire occurred in the Adams Morgan neighborhood of Northwest D.C.