What was once a ghost road becomes DC’s newest trail 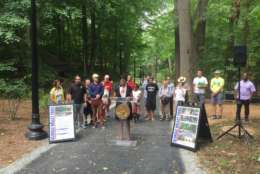 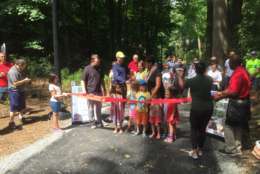 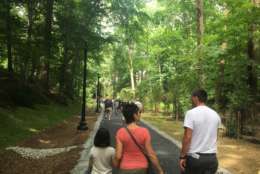 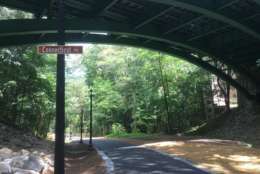 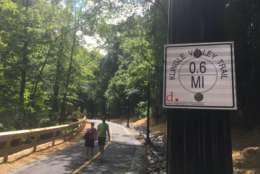 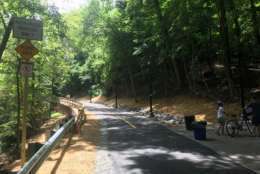 WASHINGTON – A stretch of D.C. road that sat in disrepair for almost 25 years has re-opened, but cars are not allowed on it. 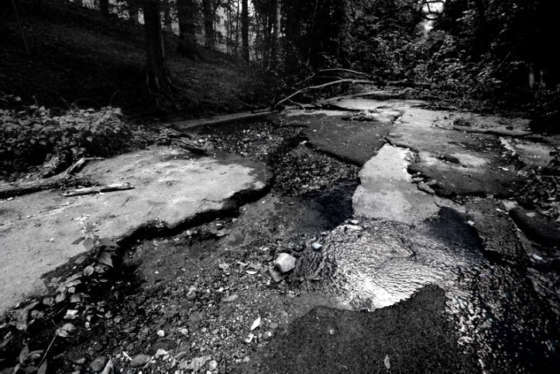 Even in a city of more than 600,000 people, there are still places in the District of Columbia where few dare to travel. There are many curious corridors and bizarre byways buried deep within the nation's capital. Some of Washington's forgotten thoroughfares were doomed by politics, while others are said to be cursed by supernatural forces. These are Washington's ghost roads.

At a ribbon cutting ceremony, D.C. Mayor Muriel Bowser officially opened the Klingle Valley Trail. The biking and walking path sits along what was once a stretch of Klingle Road, which was closed after a severe flood in 1991. In 2014, it was featured as one of WTOP’s ghost roads.

Situated next to a stream, the newly landscaped and tree lined path features a .07-mile trail that goes through Woodley Park, Cleveland Park and Mount Pleasant and ends at Rock Creek Park. The trail is lined with 52 LED dark-sky streetlights, 13 benches and new retaining walls meant to protect it from a storm water runoff. The walls were made from repurposed materials salvaged from the old road.

The $6 million project comes after almost 24-years of political back-and-forth over the future of the road, which was originally built in 1831.

“It’s no longer the case that we think that we have to elevate the car culture above all else,” said D.C. Councilmember Mary Cheh, who represents Ward 3.

City officials said they hope the road will encourage more people to park their cars and use their bikes or walk the trail in order to travel east and west through Northwest D.C.

“For a person who rides a bike pretty frequently in the city, this is a fantastic alternative to Porter and Tilden streets,” said Greg Billing, executive director of the Washington Area Bicyclist Association.

Dozens of people showed up take a stroll down the new path with city officials after the ribbon cutting on Saturday afternoon.

They included George Kolodner, who biked down the closed road before it was transformed.

“This is terrific,” Kolodner said. “It’s a real victory for the community over development.”

Knight Elsberry, who lives along Porter Road in Cleveland Park, said it was a lovely trail. But Elsberry said he thinks his neighborhood would suffer because of the failure to turn it into an east-to-west alternative for vehicles.

“Burdens of east-west traffic should be shared between neighborhoods and not dumped on one street, one neighborhood, for the benefit of another,” Elsberry said.

Walker Bill Lenderking said he thinks everyone should put to rest past politics over the road.

“What’s past is past,” Lenderking said. “This is done, people should come and enjoy it. It’s beautiful.”