“This home here is more than just the house of Carter Woodson ... it was a clearing house, if you will, of historical information about black people," said historian Pero Dagbovie.
Listen now to WTOP News WTOP.com | Alexa | Google Home | WTOP App | 103.5 FM
(1/6) 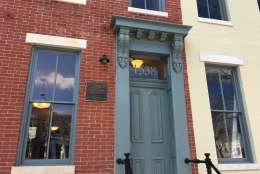 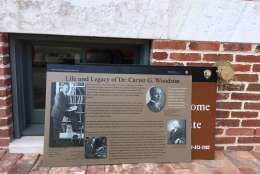 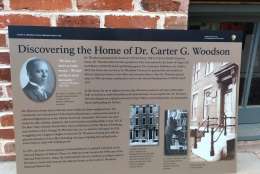 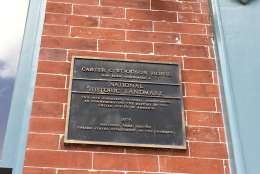 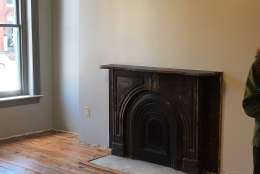 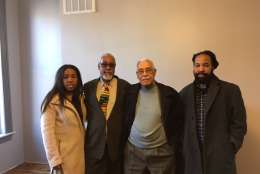 WASHINGTON — As Black History Month concludes, first-phase renovations are wrapping up at the home and office of Carter G. Woodson, the man who is considered “The father of African American history.”

During Woodson’s life there wasn’t much information about African American life or history, so he worked to change that. He founded the Association for the Study of African American Life and History (ASALH) in 1915. Woodson was also instrumental in establishing Negro History Week in 1926, which is a precursor to Black History Month.

“The Carter Woodson Home actually came into the National Park Service 10 years ago in 2006, when it was established as a National Historic site,” said Tara Morrison, superintendent of Carter G. Woodson Home.

“The goal has always been, obviously, to restore the home. And over the last several years, we’ve been underway with phase one of a three-phase project,” she said.

Phase one included structure stabilization and restoration of the interior. “The next phases will get into exhibit development and interpretation, so we’ll have a place where people can come and learn about his life.”

Morrison said restoration and structure stabilization while simultaneously maintaining the historical integrity of the home has been a painstaking task. She said there was significant structural damage in recent years because of natural events, such as the earthquake that rattled the D.C. area in August 2011.

“One of the most interesting things to me is that each brick of the façade was taken out, identified where it was located, cataloged, repaired and then replaced in its original location,” she said.

All of the historic moldings, frames and decorative pieces were also removed from the home, repaired and replaced.

Phases two and three will include building out the two adjacent properties to provide working space for staff of the Association for the Study of African American Life and History and National Park Service, and installing an elevator to make sure the site is accessible to all. Exhibits will be installed during the third and final phase.

Historian Pero Dagbovie has been studying Dr. Woodson’s life since the 1990s, and has written books that cover Woodson’s early days and his struggle to popularize the history of black people in the United States.

“Everything dealing with black history emanated from this space,” Dagbovie said. “This home here is more than just the house of Carter Woodson or the headquarters for the Association for the Study of African American Life and History that he founded in 1915. It was more of a movement center for the study and popularization of African American history … it was a clearing house, if you will, of historical information about black people.”

Dagbovie said, “(Woodson) would ship things to people throughout the country who would write him asking for materials on black history. It wasn’t like things are today when you just go on the internet and download anything you want. He single-handedly launched this movement from this space that we are in right now.”

The National Park Service celebrated this restoration milestone by re-opening the home for special tours on Sunday, Feb. 26, but it will be a while before the home is open to the public on a regular basis.

Carter G. Woodson home will open again from April 21 to April 23 during National Park Week. Call 202-690-5152 to make a reservation to see the restored structure. The home also will be open each weekend from Memorial Day to Labor Day. Reservation information will be available on the National Park Service website starting April 15.