In a press conference, D.C. Mayor Muriel Bowser announced that local professional sports teams are eligible to apply for a waiver that grants them the ability to host fans in a limited capacity. A copy of the March 15 approval letter stated that D.C. United’s waiver application to operate Audi Field at 10% capacity, or 2,000 fans, was approved, with HSEMA and DC Health set to monitor the club’s compliance “with the hope that we will be able to expand the stadium’s capacity in the near future.”

The letter from the Mayor’s Office also outlined the club’s proposed protocols, underscoring four key components, including “the importance of controlling and directing fans’ ingress and egress from the stadium; minimizing any congregation around restrooms and other outdoor gathering areas; prioritizing, to the greatest extent possible, contactless and in-seat food and beverage service to mitigate contraction; and enforcing COVID-19 protocols derived from CDC and DC Health recommendations, especially mask-wearing and social distancing.”

The club released a statement on the return of fans following the press conference, thanking the Mayor’s Office and DC Health and affirming that they plan to host fans starting on April 17.

“D.C. United are encouraged by today’s update from the Mayor’s Office and DC Health approving professional sports teams to welcome fans back into their venues,” the statement reads. “The Club applaud Mayor Muriel Bowser for her leadership during the pandemic, as well as DC Health and all of our first responders and frontline workers who have made this possible.”

The club also stated that it would have additional details on the protocols and ticketing procedures for fans returning to Audi Field in advance of the match against New York City FC. 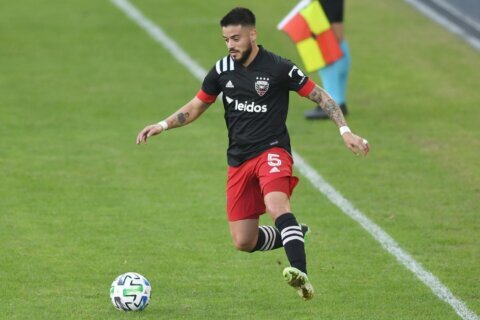