Metro could take a look at fare structure

Six weeks into the new job, Metro General Manager and CEO Randy Clarke is trying to set goals for the D.C.-area transit system.

Beyond finishing the Silver Line extension and getting the 7000-series cars back into service, he told the Northern Virginia Transportation Commission on Thursday that WMATA could take a look at fare structure.

“To be open and transparent, we probably have the most complex data structure anywhere on planet Earth,” Clarke said.

Some on the commission called for a more “simple and convenient” fare structure, rather than the current which accounts for distance ridden and peak times.

“Certainly having a simpler fare structure could go a long way,” said Commissioner Walter Alcorn, who also serves on WMATA’s board of directors.

Clarke said they will likely bring new fare options to the WMATA board in the near future, but pointed to the complexity of the transit system.

“It’s a challenging system, because it was built to do things two things at the same time, trying to be a commuter rail operation, and a city subway operation at the same time with obviously an attached bus system,” said Clarke. “The most important thing of the funding model is that it’s sustainable and predictable. Those two things are the most important factors that we have to solve long term.”

There were no details during the meeting of what the fare structure could look like in the future, but he said that no matter what options are chosen how Metro is funded will have to be different from pre-pandemic.

“There’s nowhere in America that the transit farebox recovery is ever going to be when it was pre-COVID,” Clarke said. “That’s not going to happen. So we have to figure out if that’s the case, how are we funding the system.” 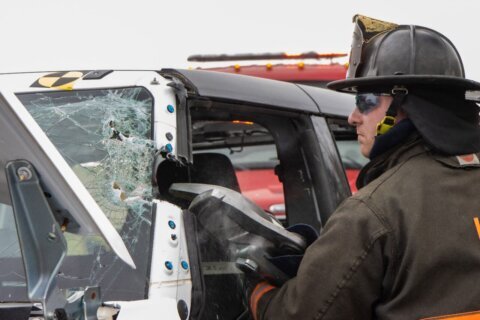