How safe is the American Legion Bridge? You asked, we answered

Years of wear and tear have left their mark on the American Legion Bridge, and drivers have taken notice.

But are these cosmetic changes indicative of deeper, structural problems? That isn’t the case according to Shanteé Felix with the Maryland State Highway Administration, which is primarily responsible for maintaining the bridge along the western side of Interstate 495 that connects Maryland and Virginia.

Eileen is a WTOP listener who said that she’s seen the bridge’s expansion joints (those metal, teeth-like horizontal strips on top of the bridge) appear to be widening when she drives across it. But Felix said there’s no cause for concern.

Felix added that the bridge was deemed safe when last inspected in August 2019. Federal regulations require that bridges be inspected every two years.

However, Felix did say that the bridge’s deck will need to be replaced within the next 10 years and the entire bridge itself in the next 15 years.

One reason the bridge is due for such an extensive makeover is that it has been operating over capacity for decades. Felix said that since its opening in 1962, daily traffic has grown 390% on the bridge.

The central goal, according to Felix, is to provide more reliable times for drivers. Part of that solution is the introduction of Maryland’s high-occupancy toll (HOT) lanes.

The proposal would include two HOT Lanes in each direction to allow free access for buses and carpoolers with three or more people. It would also include specific routes for cyclists and pedestrians.

Even with those additions, Felix said the existing lanes on the bridge would remain free, giving people the option to pay for the toll to use the HOT Lanes if they so choose. 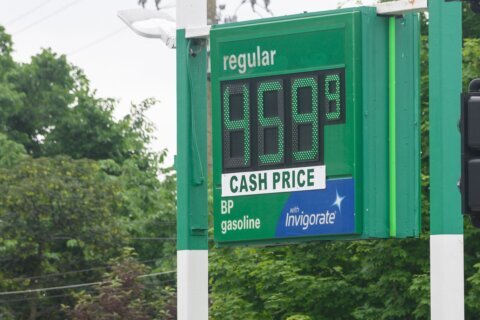