Tuesday is the deadline to submit comments on the scope of the "I-495 & I-270 Managed Lanes Study.” Fairfax County is among those getting in final comments about a potentially rebuilt American Legion Bridge and other pieces of Maryland's plans.
Listen now to WTOP News WTOP.com | Alexa | Google Home | WTOP App | 103.5 FM

WASHINGTON — Fairfax County in Virginia is among those getting in final comments Tuesday about a potentially rebuilt American Legion Bridge and other pieces of Maryland’s plans to put toll lanes around the entire Capital Beltway and Interstate 270.

Tuesday is the deadline to submit comments on the scope of the “I-495 & I-270 Managed Lanes Study” that is focused on part of a $7.5 billion plan to let private companies build toll lanes around the Beltway and north to Frederick, Maryland.

The bridge connects Fairfax County in Virginia with Montgomery County in Maryland.

The State Highway Administration study only includes the toll lanes planned for the Beltway and I-270 south of Gaithersburg, although an online survey about the project does include brief questions about the rest of I-270 that could be done later.

The plan is moving forward despite conflict of interest concerns about a previously intended planning contract. Some opponents have also suggested that better transit connections could prove more effective at cutting congestion with fewer homes taken and less of an environmental impact.

A draft letter from the Fairfax County Board of Supervisors on the scope of the Maryland toll lanes study focuses on the need for a new, expanded American Legion Bridge, a request for close coordination, and the need for the traffic study to consider roads in Virginia, such as the Georgetown Pike.

“Addressing the capacity of the bridge is essential to the quality of life and economic development for our region,” reads the draft letter due to be approved Tuesday morning.

The Legion Bridge between Montgomery and Fairfax counties opened in 1962. Traffic over the bridge today is frequently slowed to a crawl.

“With the daily delays leading to the American Legion Bridge, many commuters leaving Virginia have found alternate routes to travel as close to the bridge as possible before entering the Capital Beltway. Since some neighborhood roads near the bridge have been affected by traffic from these commuters, we request that the traffic study undertaken as part of this process include the impact on these roads in its scope,” reads the draft letter, to be signed by Chairman Sharon Buolva.

As Maryland moves forward with its study, Virginia is doing its own $6 million study of how the 495 Express Lanes would be extended to the Legion Bridge to connect to any new Maryland toll lanes.

“As both locations where the Capital Beltway (I-495) connects Maryland and Virginia, the Woodrow Wilson Bridge and the American Legion Bridge, are contiguous to Fairfax County, the county will be significantly impacted by any component of the project near our shared state border,” the draft letter said.

“The county believes that the capacity needs across the Potomac River must be addressed to alleviate the existing congestion and to ensure that the region remains economically vibrant.”

Study aims to ease congestion through toll lanes on Capital Beltway, I-270

First chance to weigh in on plan to add toll lanes to Beltway, I-270 in Md. 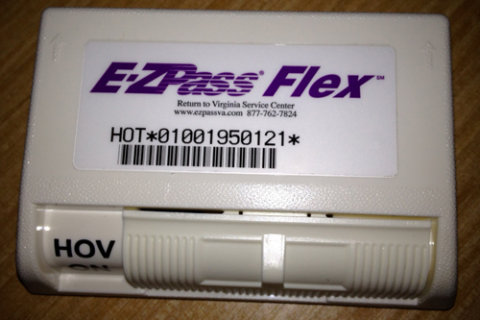 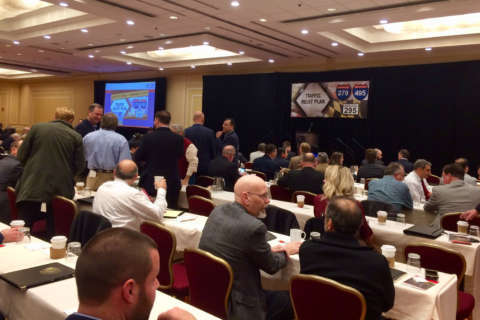