The proposed BRT system, the county’s first, would run down the median of Richmond Highway, with plans of linking the Huntington Metro Station to Fort Belvoir.
(1/3) 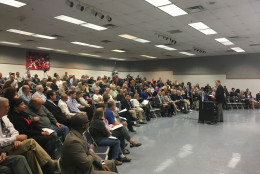 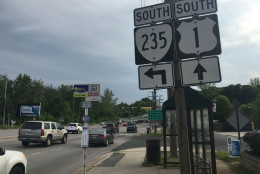 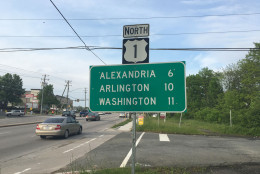 ALEXANDRIA, Va. — Fairfax County is reaching out to the community in hopes of getting residents on board with a bus rapid transit system planned for a busy U.S. 1.

A public meeting for the Embark Richmond Highway project drew residents to an auditorium at Walt Whitman Middle School in Alexandria to hear from project planners and local lawmakers about the project’s progress.

The project would be the county’s first BRT system, running down the median of Richmond Highway (U.S. 1), with plans of linking the Huntington Metro Station to Fort Belvoir by 2028. A longer-term plan would eventually extend the system to Woodbridge.

“We want to try and make improvements to the transit system in the corridor as quickly as we can, and we know that bus rapid transit has a lot of potential for this corridor,” said Tom Biesiadny, director of Fairfax County’s Department of Transportation.

With any possible Metrorail extensions to areas past Huntington as far away as 2040, planners say the BRT will provide an option that will get more people moving more quickly through Fairfax County from destinations such as D.C.

“We have a way to build up the highway, invest in bus rapid transit, make this a transit corridor without having to wait on Metro to get its act together before future expansions can be put in place,” said Fairfax County Supervisor Jeffrey McKay, of the Lee District.

David Storck, county supervisor for the Mount Vernon District, says residents are on board with the plan, which he says will bring in more businesses and more housing to the area.

“Really less expensive housing than what you might find in Washington D.C. or other places that are already further urbanized,” Storck said.

The plans are being worked on in coordination with the Virginia Department of Transportation, and also call for the road to be widened to three travel lanes in each direction. Bike and pedestrian lanes will also be installed on both sides of the street.

Stewart Schwartz, with the Coalition for Smarter Growth, said there is a big demand for walkable communities, and this plan answers that demand.

“To compete, counties like Fairfax, Montgomery and Prince George’s are seeking to invest in more transit and more walkable communities,” Schwartz said.

Studies are being conducted for the project and those will last through 2017. The county is planning several more community meetings before design plans are finalized.