Winter weather across the U.S. has delayed shipments of thousands of COVID-19 vaccine doses headed to the D.C. area — and officials say they’ve already been forced to cancel some vaccine appointments.

The Virginia Department of Health said it expects the delivery of more than 106,000 vaccine doses to be delayed because distribution channels in the Midwest and elsewhere are shut down.

Maryland health officials have also warned local providers to expect delays and said Thursday that the lagging deliveries “may have a significant impact on providers’ ability to hold clinics as scheduled.”

On Friday, White House coronavirus adviser Andy Slavitt said the weather has led to a three-day delay in shipping vaccine, or about 6 million doses. He said about 1.4 million doses were being shipped Friday and the rest of the backlog should be cleared in several days.

Read the full story on the nationwide impact from The Associated Press.

No first dose appointments in Prince George’s Co. through Monday

Prince George’s County Executive Angela Alsobrooks said on Twitter the county was waiting on a shipment of 4,200 doses due this week, which hasn’t arrived, forcing the county to cancel and reschedule appointments for first doses of the vaccine until at least early next week.

She said everyone with first-dose appointments already scheduled will be contacted by the county to reschedule them.

Despite the shortage, a long-standing tech issue with the state’s scheduling system, PrepMod, led allowed some people to “illegitimately register for first-dose appointments” for Friday, the county health department said in an update on Facebook.

“At the moment, the department is focused on administering second dose vaccinations due to the aforementioned supply challenges for first doses,” the update stated. “If you were able to get a first dose appointment for today, this weekend, or Monday, please do not show up to our vaccination sites, you will be turned away.”

On Friday, Arlington County said that it was aware of the delay in vaccine deliveries, but that it had enough to cover scheduled appointments through the weekend.

However, the county added that it was “temporarily pausing scheduling new appointments into next week until our delivery timeline is clear.”

The county also said, “All clients eligible to receive second doses in the coming week will be notified as soon as that supply has arrived, and at that time we will also continue to open appointments to new eligible clients as supply allows.”

Delayed in Montgomery Co., too

In Montgomery County, an expected shipment of 4,500 first doses has also been delayed, said Mary Anderson, a spokeswoman with the county’s Department of Health and Human Services.

The county still has enough doses on hand for appointments scheduled for Friday and Saturday, Anderson said. However, the county may not be able to schedule appointments early next week if more vaccine doses don’t arrive.

Across the U.S., a winter blast has snarled the massive logistics networks used to distribute vaccine doses, which are secured from the manufacturers by the federal government and then shipped to states before they are apportioned out to local jurisdictions.

The weather delays are yet another headache for D.C.-area residents waiting for COVID-19 vaccine shots, who already are frustrated by limited supply and an at-times confusing rollout.

The Centers for Disease Control and Prevention has told states to expect delays in vaccine shipments and said there may also be late deliveries involving the program that provides vaccine doses directly to retail pharmacies.

A bulletin sent from the Maryland Department of Health to local vaccine providers earlier this week, citing CDC data, said no shipments of the Moderna vaccine were sent out Monday or Tuesday, and were also likely delayed Wednesday. A limited number of Pfizer vaccine shipments were sent out.

The Virginia Department of Health said the delays are affecting both orders of the vaccine itself as well as secondary supplies. “The vaccine and ancillary supplies are produced in multiple locations throughout the country using several hub connections to deliver vaccines directly to providers,” the department said in a news release.

About 2% of Virginia’s providers are seeing delays in deliveries of those ancillary supplies.

When the severe weather ends, the health department said it expects shipments to resume as normal — but it’s not only dependent on weather in the immediate area.

“Even if the roads are clear in Virginia, the fulfillment of orders and the movement of these vaccine and ancillary supplies may be delayed in other parts of the country,” Virginia officials said. 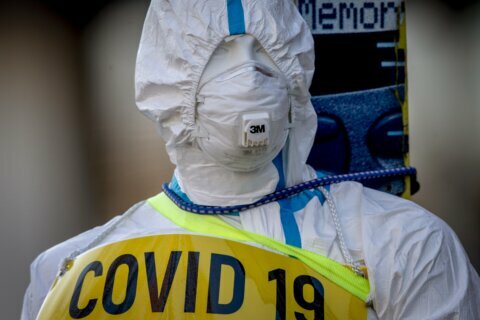 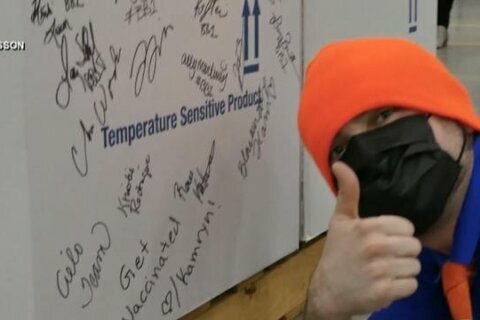