While acknowledging the weather is “slowing up the distribution,” Biden said at the Pfizer plant in Michigan that he believes “we’ll be approaching normalcy by the end of this year.” His speech melded a recitation of his administration’s accomplishments in its first month confronting the pandemic, a vigorous pitch for his $1.9 trillion COVID relief bill and criticism of his predecessor.

The disruptions caused by frigid temperatures, snow and ice have left the White House and states scrambling to make up lost ground as three days’ worth of vaccine shipments were temporarily delayed. Even the president’s trip to see Pfizer’s largest plant was pushed back a day due to a storm affecting the nation’s capital.

Before the trip, White House coronavirus response adviser Andy Slavitt said the federal government, states and local vaccinators are going to have to redouble efforts to catch up after the interruptions. The setback comes just as the vaccination campaign seemed to be on the verge of hitting its stride. All the backlogged doses should be delivered in the next several days, Slavitt said, still confident that the pace of vaccinations will recover.

Biden has set a goal of administering 100 million shots in his administration’s first 100 days, and he said Friday that’s still on track and it’s only a beginning.

He went on to say that by the end of July his administration can deliver 600 million doses for Americans. Still, Biden cautioned that timetable could change, citing the current weather delays and concerns about new strains of the virus as well as the possibility that production rates could fluctuate.

“I believe we’ll be approaching normalcy by the end of this year,” he said. “God willing, this Christmas will be different than last, but I can’t make that commitment to you.”

Taking a swipe at former President Donald Trump, whom he did not cite by name, Biden allowed that the previous administration shepherded the approval of two highly effective vaccines. But “it’s one thing to have a vaccine available, the problem was how to get to people’s arms.”

The Pfizer plant Biden toured, near Kalamazoo, produces one of the two federally approved COVID-19 shots. Weather-related delays have affected distribution of both the Pfizer and Moderna vaccines.

Introducing Biden before the speech, Pfizer CEO Albert Bourla called his administration “a great ally” and cited a range of actions that have helped the company as it looked for ways to increase production. In a press release, the company said it has been shipping 5 million doses a week in the U.S. on average, and expects to more than double that by the end of March.

Biden walked through an area of the plant called the “freezer farm,” which houses some 350 ultra-cold freezers, each capable of storing 360,000 doses of the Pfizer-BioNtech vaccine. Double-masked, the president stopped to talk with some of the workers.

The scene was a sharp contrast to the vibe across much of the country, where progress was on hold. Bad weather forced many injection sites to temporarily close, from Texas to New England, and held up shipments of needed doses.

In Memphis, a city where some of the doses were stranded, the storm stymied 77-year-old Bill Bayne in his pursuit of his second dose. He got his first shot Jan. 29 and was told he’d hear back about the second sometime this week. With local vaccination sites shut down, no notification came.

Bayne said the eight inches of snow outside his home is the most he’s seen in 50 years of living there.

“I want that shot bad enough,” Bayne said. “I would’ve gotten there some way.”

White House adviser Slavitt said the 6 million doses delayed won’t spoil and the vaccine is “safe and sound” under refrigeration.

But as shipments resume and scale up, vaccinators in communities across the country are going to have to work overtime to get shots into arms. “We as an entire nation will have to pull together to get back on track,” Slavitt told reporters at the White House coronavirus briefing.

Slavitt said about 1.4 million doses were being shipped Friday as the work of clearing the backlog begins.

A confluence of factors combined to throw off the vaccination effort. First, shippers like FedEx, UPS and pharmaceutical distributor McKesson all faced challenges with snowed-in workers. Then, said Slavitt, road closures in many states kept trucks from delivering their assigned doses of vaccine. And finally, more than 2,000 vaccination sites were in areas with power outages.

Still, the government is going ahead with plans to open five new mass vaccination centers, one in Philadelphia, and four others in the Florida cities of Miami, Orlando, Tampa and Jacksonville.

The U.S. had administered an average of 1.7 million doses per day in the week that ended on Tuesday, evidence that the pace of the vaccination program was picking up. Now, the question is how long it will take to recover from the impact of the weather-related delays.

The delays were so severe that Massachusetts Gov. Charlie Baker suggested he would explore sending his state’s national guard to collect doses from icebound shipping hubs in Memphis, Tennessee, and Louisville, Kentucky.

The Virginia Department of Health reported that it was expecting delays on about 90% of its expected 120,000 doses this week and warned that delays could cascade into next week.

In North Carolina, none of the more than 163,000 first and second doses of the Moderna vaccine scheduled to arrive this week have been delivered, the state health department said. Only a limited number of the nearly 127,000 expected Pfizer vaccines have been shipped.

Oklahoma moved to reschedule vaccine clinics to this weekend, when it expects its 110,000 doses to be delivered, aiming to make up appointments from this week.

AP’s Suman Naishadham in Phoenix contributed to the report. 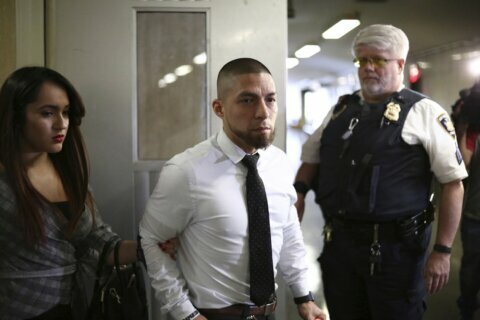 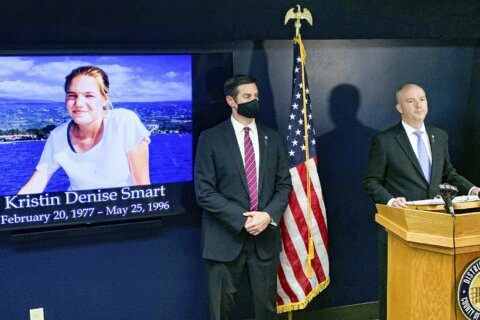 Son, father appear in court for hearing in 1996 killing