Officials in Montgomery County, Maryland, ripped into the Trump administration’s handling of the COVID-19 pandemic in a Wednesday briefing that’s part of a weekly effort to keep the community updated on local efforts to deal with the public health crisis.

County Health Officer Dr. Travis Gayles, who hasn’t shied from criticizing the federal response in the past, said, “It think we need a national strategy — period.”

He said included in that is a “strategy that works to increase access to testing and helps support lab capacity.”

County Executive Marc Elrich jumped in, saying there are “people out there who are pretending this isn’t a problem and minimizing this problem — somebody like who sits in the White House, for example.”

Elrich said that the mixed messages being relayed to the public — but specifically those downplaying the risks — are “just flat-out dangerous.”

Montgomery County has hit a plateau in the average of cases documented on a daily basis, according to Elrich and health officials. But Elrich is continuing to call on people to wear face masks, social distance and wash their hands frequently.

According to Elrich, there were 73 new cases on Wednesday, with two additional deaths.

“While our county has plateaued,” Elrich said, “Our goal is to drive this down so we start declining again.”

“Our testing is available to everyone. No doctor’s order is needed; you don’t have to be sick. It’s free if you don’t have insurance,” said Elrich, who added that the tests no longer include the deep nasal probe that many people found either uncomfortable or unnerving.

Instead, Elrich said, “They’re using mouth swabs, spit tests and nasal swabs, none of which have the uncomfortable elements of the original tests that were being used.”

Gayles said there are some positive signs in the data the county is seeing. “We made tremendous strides to get to the point where we’re averaging 70 cases a day,” he said.

But, Gayles noted that back in March, when the decision was made to close schools, the county was reporting an average of just four cases a day.

“We’ve made a lot of progress, but we have a long ways to go” before schools, athletic facilities and other public venues can be opened “safely,” he said.

Asked about delays in getting test results — some as long as 14 days — Gayles said, “The increased demand has overwhelmed the private laboratory system.”

“That does create a challenge for us from the contract tracing perspective,” he said, referring to the practice of trying to track transmission by interviewing people who test positive for the coronavirus.

Gayles said officials are asking anyone waiting for test results to quarantine themselves until the results are received. That includes people who are known contacts of those who have a confirmed case of COVID-19.

Dr. Earl Stoddard, director of the Montgomery County Office of Emergency Management and Homeland Security, added, “As we think about the school system, it’s not just the school children” at risk for contracting COVID-19. “It’s the faculty and staff that we have to think of as well.”

Stoddard, whose office has overseen enforcement efforts, said, “The vast majority of facilities and businesses continue to comply” with county health regulations and state executive orders.

Stoddard said there is continued concern about the financial impact of the COVID-19 pandemic on residents who are struggling to keep a roof over their heads. He noted that the county council is considering a $20 million plan to address rental relief and evictions.

“We know that number is wholly insufficient to address the eviction problem in Montgomery County,” he said, adding that there’s hope additional state and federal aid could help address the issue.

Elrich, who sent over plans for the legislation to the Montgomery County Council, said the vote on the measure is set for next week. He said he expected the vote to be unanimous. He added that state and federal assistance is badly needed.

Elrich said leaders need to “work on solving this problem the way you’d work if you were fighting a war or trying to recover from a hurricane. You’d wouldn’t be nickel-and-diming everything. You’d be thinking about what do you need and what do you have to do to make this thing work.” 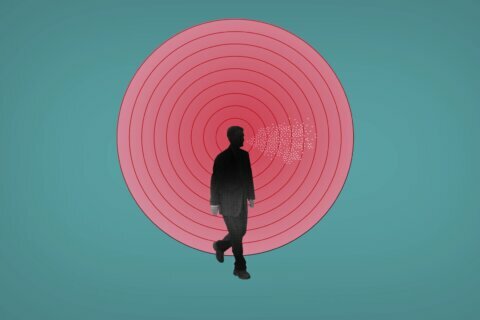