Alexandria couple, professional musicians, sing so your heart has some delight during coronavirus pandemic

It’s tough being a professional musician right now. There are no concerts to play, and no in-person audiences to perform in front of. You can’t even serenade a bride down the aisle for a wedding.

On top of that, the constant flow of coronavirus pandemic-related news can make your normal escapes — scrolling through various social media platforms for instance — a sources of more, not less anxiety.

So that’s what led Steven Seigart, a pianist, organist and conductor, who is also the music director at the Old Presbyterian Meeting House in Old Town Alexandria, Virginia, and his wife, Suzanne Karpov, a professional opera singer (soprano) to embrace a 30 days of music challenge on Suzanne’s Facebook page.

Every day for the last three and a half weeks, the Old Town couple have been performing together, and through the power of technology, sometimes with friends and relatives too.

It started with a full on music video, where they spoofed a song from the movie “Tangled.”

“We did two Disney song spoofs, we rewrote words to some Disney songs and posted them,” Seigart said.

“It even featured our little dog, Schubert. People loved it. People just started sharing and liking them.”

Karpov said she had a simple reason to keep it going, even as it became clear the more heavily produced stuff early on might cause some burn out.

“It was the fact that I was looking on Facebook… and I was noticing that my whole feed was kind of anxious,” Karpov said.

“Everything I was seeing was anxious, it was depressing, it was scary. The news was all being shared.”

“I was thinking those few posts that I see that I peek out at my feed that actually were inspiring and music and beautiful and art were making me happy. So I thought, ‘Why can’t we inspire something more beautiful on social media?'” Karpov said.

And that’s what they’ve done.

Every night around 7:30 p.m., they’ll either start playing together on Facebook Live, or just post something they collaborated on with some friends earlier in the day.

Each night has a different theme. One night it was all songs from well known movies. Other nights have featured jazz performances, French music, Italian music and even opera.

After about an hour rehearsing, you’ll usually find Seigart playing on the piano or organ, and Suzanne singing, but there have been performances that include friends, and even Karpov’s sister, who is a singer and songwriter in Los Angeles.

“One of the things that I think sets us apart,” besides doing it every day, is that “we take requests from folks,” Seigart said.

“Every day, we get new requests from people and to try to fit all those in we’ve been doing theme nights to kind of collect them and give some unity to the program.”

“The range of it has been a lot of fun to kind of stretch and practice,” he added.

So far, hundreds, and sometimes even thousands, of people have found their performances.

The numbers jumped when Karpov posted a picture of a robin’s egg sitting in a nest outside one of their windows to the Facebook group “View from my window.”

The picture got around 20,000 “likes” they said, “and a bunch of those people saw that Suzanne wrote, ‘Oh yeah, we’re doing live music every night’ so now we have viewers on our stuff from all over the world,” Seigart said.

The comments, ranging from appreciative to joyful about their work, is “one of the reasons that keeps us going with all of this,” he added.

“It’s just the joy and the warmth and the light that it’s bringing to people that we don’t even know. Strangers from all over the world.”

So far, Seigart and Karpov are 24 performances into their 30 days, but 30 now seems like more of an optional deadline.

“I don’t think we’ll be able to really, completely stop,” Karpov said. “We’re getting people saying ‘You cannot stop! You need an extension.'”

“Maybe after the 30 days it won’t be every single day,” he said.

“Maybe every other day or every couple of days, but as long as this goes on we love to contribute what we can.” 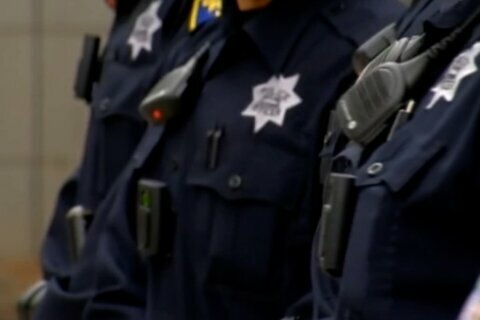 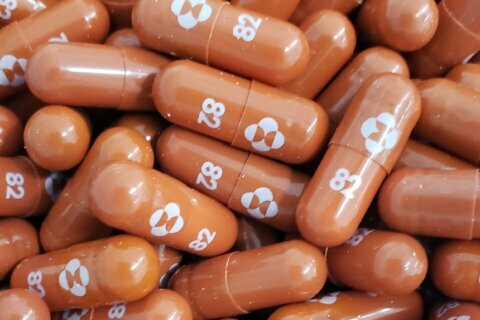 As Asia rushes for COVID antiviral pill, poorer nations could miss out again