The National Mall is now closed due to concerns about the spread of coronavirus.
Listen now to WTOP News WTOP.com | Alexa | Google Home | WTOP App | 103.5 FM

A significant section of the National Mall is now closed due to concerns about the spread of coronavirus.

D.C. Mayor Muriel Bowser announced via press release Sunday night that she was closing the National Mall to pedestrians and bicycle traffic between Independence Ave. SW and Constitution Avenue N.W. and 14th Street and 23rd Street.

The boundaries will be enforced by the Metropolitan Police Department and the D.C. National Guard.

The restriction will be in place, according to the release, “until further notice to ensure social distancing and prevent community transmission of COVID-19.”

In addition, a number of roads around the Tidal Basin will remain closed.

The Map below shows the area with closed roadways:

Starting Monday at 7 a.m., the following roads will be closed:

The National Park Service strongly urges people against visiting the Tidal Basin in order to help flatten the curve and help prevent the spread of COVID-19. Lately, social distancing has not been possible due to high visitor volume.

See a map generally showing the restricted area below. 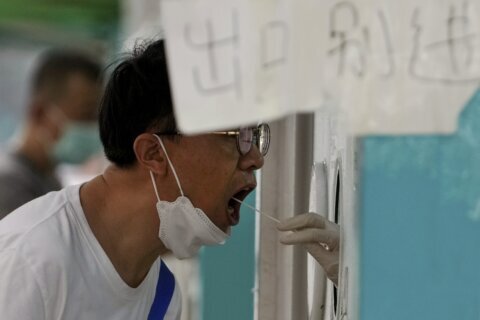