Every year Edmunds’ experts put their heads together to determine the very best new vehicles on sale. Spread across nine categories, the Edmunds Top Rated Awards are given to the cars, trucks and SUVs that rank at the top of their class according to Edmunds’ vehicle testing program. That means each winner has been tested at the Edmunds test track and thoroughly evaluated over many miles of real-world use.

There isn’t enough space here to cover all nine winners, so we’ve highlighted a new first-time winner for 2022, three returning champions from last year’s awards, plus a brand-new Editors’ Choice award for a vehicle that exceeded our expectations and delivered something genuinely new.

The vehicles are listed in ascending order by manufacturer’s suggested retail price and include destination charges.

Edmunds says: When a compact sedan survives for nearly 50 years and continues to redefine its segment, you know it’s special. The Honda Civic is both sporty to drive and comfortable inside, with well-padded seats and a smooth ride. There’s also much more space than you’d expect from a car in this class. The Civic sedan has a huge trunk and there’s ample space in the back seat too.

Counterpoint: Road noise is noticeable at any speed and can be rather intrusive on coarse surfaces.

Edmunds says: From tech to towing, the Ford F-150 continues to lead the pack and deliver the confidence that customers expect. Redesigned for 2021, the latest F-150 fended off all comers, extending its rule as a repeat Edmunds Top Rated winner. We’re impressed by the F-150′s clever features, which include nearly fold-flat front seats and a disappearing gear shifter that creates a handy workspace. There’s also an available onboard generator with the ability to power tools, a tailgate party or even your house — a big leap that left competitors flat-footed. Notably, we’re giving the award to the 2021 model because the 2022 wasn’t available for testing, but no significant changes are expected for 2022.

Edmunds says: As a midsize three-row SUV, the Kia Telluride provides comfortable and surprisingly luxurious accommodations for seven or even eight passengers. But it’s not so big that it feels clumsy to drive or difficult to maneuver in tighter confines. And if you have a lighter passenger load, the Telluride’s cabin space easily converts into cargo-friendly transport. There were a number of new and exciting SUVs introduced this year, but the Kia Telluride continues to stand above the rest. It takes home Edmunds Top Rated SUV award for the third year in a row.

Counterpoint: There are fewer storage bins and cubbies than you’ll find in some rival SUVs.

Edmunds says: Although we’ve been tough critics of Tesla when warranted, we know a great car when we see it. In fact, we’ve acknowledged the Tesla Model 3 ′s greatness three years running — the Model 3 is another repeat winner as our top-ranked electric vehicle. While it has consistently failed to match its EPA range estimates in Edmunds’ real-world testing, our numbers show that the Model 3 is still among the longest-range EVs on the market. It’s also a hoot to drive, pairing rapid acceleration with slice-and-dice agility. Throw in the fact that Tesla’s Supercharger network is arguably the best in the game and it’s clear that the Model 3 remains second to none.

Edmunds says: The Rivian R1T is the first EV truck to hit the mainstream market, and what a debut. The R1T packs an amazing amount of on- and off-road performance, cutting-edge tech and unique style into a package that’s slightly bigger than a typical midsize truck. In Edmunds’ testing, the R1T rocketed from zero to 60 mph in 3.5 seconds — that’s neck-and-neck with the latest Chevy Corvette — and turned in the best handling performance of any truck we’ve ever tested. Moreover, the R1T can tow up 11,000 pounds and boasts an impressive payload capacity of 1,760 pounds. You probably won’t need that sort of capability on a regular basis, but you’ll certainly appreciate the storage provided by the R1T’s spacious front trunk and clever gear tunnel under the front of the bed.

Counterpoint: The R1T’s touchscreen user interface was slow to respond in our testing, and the Bluetooth connection occasionally cut out. There’s a chance this could be remedied via future software updates.

Save time on researching your next vehicle purchase by checking out the Edmunds Top Rated award winners for 2022. Head over to Edmunds to see the full list of winners, and then go test-drive them for yourself and see if you agree with our picks.

This story was provided to The Associated Press by the automotive website Edmunds. Ronald Montoya is a senior consumer advice editor at Edmunds. Follow Ronald Montoya on Twitter. 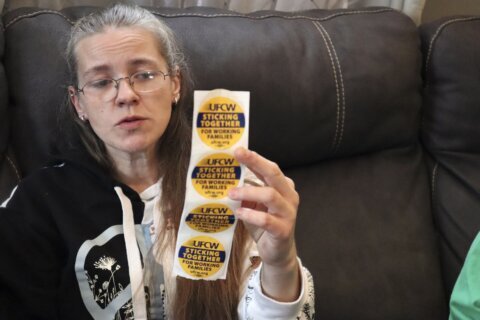 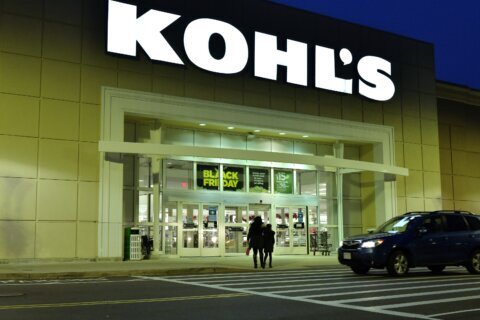