Senators: ‘Shameful’ DC did not get all coronavirus pandemic funding

More than 20 U.S. senators have written Senate Majority Leader Mitch McConnell and urged legislative action to make sure D.C. receives hundreds of millions dollars in funding to deal with the coronavirus pandemic.

The Democratic senators state that an “intentional slight” in the latest legislation passed by Congress caused D.C. to lose about $700 million because it was categorized as a territory rather a state, as is common in budget matters.

“Regardless of one’s views on D.C. statehood, it is shameful and unprecedented to change the District’s treatment in a bill to provide support for emergency response,” the letter states.

The letter was written to McConnell and Senate Minority Leader Chuck Schumer.

The letter was led by Maryland Sen. Chris Van Hollen, along with Delaware Sen. Tom Carper. Among the other Democratic lawmakers who also signed it were Maryland Sen. Ben Cardin, and Virginia Sens. Mark Warner and Tim Kaine.

The letter, written on Wednesday, noted that as of April 1, close to 500 D.C. residents had been diagnosed with COVID-19, which is more than 19 states.

The letter also pointed out that D.C. contributed more money in taxes to the federal treasury than 22 other states.

Also Wednesday, House Speaker Nancy Pelosi renewed her intention to get D.C. the money she said it deserves in the next major legislation that House Democrats will propose. That legislation is expected to focus largely on issues related to infrastructure, to give a boost to the economy and create jobs.

As part of the $2.2 trillion legislation passed last week by Congress and signed by President Donald Trump, each state is to receive a minimum of $1.25 billion.

But, because D.C. was lumped in with U.S. territories in the measure, it’s only slated to receive close to $500 million. 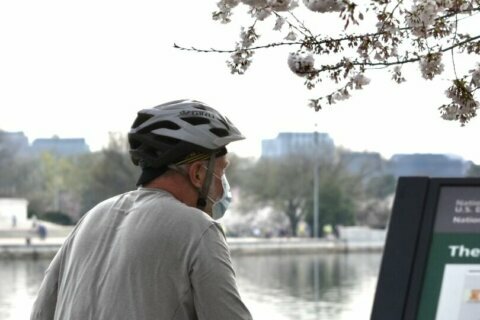