D.C.-area restaurants were able to reopen to limited outdoor dining over the weekend. The weather cooperated and patrons came — and so did the protesters.
Listen now to WTOP News WTOP.com | Alexa | Google Home | WTOP App | 103.5 FM
(1/4) 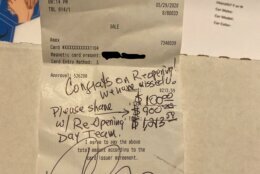 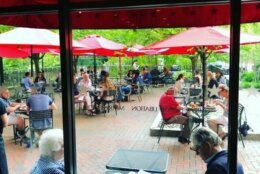 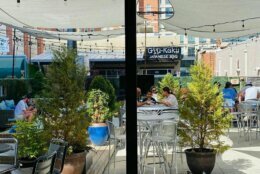 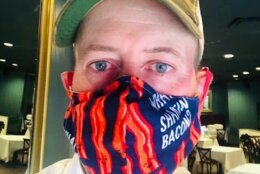 D.C.-area restaurants were able to reopen to limited outdoor dining over the weekend. The weather cooperated and patrons came. And, so did protesters.

Several downtown D.C. restaurants were vandalized, including Farmers & Distillers in Mount Vernon Square, which opened its new patio to diners over the weekend.

“We were so excited to have guests dining, and to have staff happy to be back at work, but that is mixed in with the complexity of the new COVID world operational requirements, and then of course, superseding all of that is the incredibly important message of the protests,” said Founding Farmers owner Dan Simons.

“It added to our complexity that we had some property damage and some fearful moments last night, but my team and I support the message of the protesters,” he said.

Simons said a lot of alcohol was stolen and TVs were smashed, but he reported no fire or significant interior damage at Farmers & Distillers.

Restaurant owners and staff weren’t sure what to expect when they opened their doors over the weekend, but patrons came and restaurants reported that diners mostly stuck to the rules.

“I didn’t know what they would do with their masks. Everybody who showed up to the restaurant had a mask. And once they got seated, they took off their masks. The staff keeps their masks and gloves on, but it was nice to see peoples’ faces,” said Geoff Tracy, whose Chef Geoff’s restaurant patio opened Friday.

“Overall, it went well. Our staff felt safe, and customers were generally adhering to the guidelines,” said Spider Kelly’s owner Nick Freshman, of his patio’s reopening in Arlington, Virginia.

“For the most part, our customers just seemed thrilled to have somewhere to go, and they were very grateful to the staff,” Freshman said.

For Tracy, diners seemed more comfortable than he expected.

“I didn’t think anybody would go into a restaurant restroom, but the first customers who sat down both got up, a man and a woman, one went into the men’s room, one went into the women’s room. Of the first 10 customers, half of them used the restroom, so we set up a bathroom attendant. We made the bathrooms one person at a time, and we cleaned them after each use,” Tracy said.

Patrons were also generous with tips, including one bill at Founding Farmers’ Reston location that included a $900 tip to be shared by the reopening day team.

“Overall, the patios have been lovely, the guests have been lovely and generous, and I’m hopeful it is the first step on a safe path back to having a real business that people can enjoy,” Simons said.