Read a preview of the Washington Football Team’s season opener

The last time the Ravens hit the field in Baltimore in January, it was one of the more disappointing losses in team history: a 28-12 loss to Tennessee in the divisional round of the playoffs.

QB Lamar Jackson, who would later be named only the second unanimous MVP in league history, reflected on how the team should be remembered: “14-2. Great team. Family-oriented team. Flock Nation.”

Record setting is also an attribute of the Ravens 2019 season, as no team accumulated more rushing yards in history than the Ravens last year. However, eight months and an ongoing pandemic later, the expectation is for more than just having the best record and an outstanding run game during the regular season.

Flock Nation wants another Super Bowl appearance. Are the Ravens a great enough team to make it to Tampa? Most would say yes.

Here are four additional questions facing Baltimore ahead of the 2020 season:

Can the Ravens running game match, or even improve on, last year’s historical campaign?

The Ravens rushed for 3,296 yards during the regular season last year, nearly a 1,000 yards more than the 49ers, who had the second-most.

Both Lamar Jackson and running back Mark Ingram eclipsed 1,000 yards rushing. Now the rushing attack will feature J.K. Dobbins, a rookie out of Ohio State who is one of five running backs since the year 2000 with 2,000-plus rushing yards, 20 touchdowns and 20 receptions in a single college season.

Gus Edwards and Justice Hill return as well, and with fullback Patrick Ricard leading the way out of the backfield, offensive coordinator Greg Roman once again has the personnel to execute the run-pass option, pistol formation or whatever scheme and personnel package the situation calls for.

The question mark with the run game isn’t about the running backs themselves, but rather the offensive lineman up front pushing the pile.

Eight-time Pro Bowler and member of the 2010 all-decade team Marshal Yanda retired this offseason, leaving a gaping hole at guard.

Third-round pick Tyre Phillips is a candidate to fill in for Yanda, as is veteran OL D.J. Fluker. Matt Skura and Patrick Mekari have split time at center in training camp. Skura, who suffered a season-ending knee injury last year, is listed as the starter on the depth chart but head coach John Harbaugh has been mum on who will primarily snap the ball.

When it comes to run blocking in 2020, the question is whether the unit will be frequently paving the way for Jackson on QB-designed runs or will the team let the running backs handle the rock more this year.

Prior to the team drafting Dobbins, Jackson said in a press conference: “I doubt I’m going to be carrying the ball a lot going on further into the future, because we’ve got dynamic running backs.”

We may see the Ravens dial up more passing plays (no team threw the ball less than Baltimore in 2019) but with Jackson being so dynamic, will we really see him throwing the ball away or taking a sack when the play breaks down instead of taking off and running? Maybe every now and then, but either way, Jackson should be an essential part of the rushing game even if he does not run for over 1,000 yards once again.

Is winning the AFC North a sure bet?

According to betting site Bovada, the Ravens are heavy favorites to win the division once again. The offense was prolific last season and the defense might even be more improved as the front office added five-time Pro Bowl DE Calais Campbell to bolster their already potent pass rush.

Matthew Judon, who led the team in sacks last season, is back for another year after signing his franchise tender. The team spent their first-round pick on LB Patrick Queen out of LSU, who will contribute immediately. With Marcus Peters, Marlon Humphrey and Jimmy Smith, the Ravens CBs could be considered the best trio in the league.

The Pittsburgh Steelers come in with the second-lowest odds to win the division, as Ben Roethlisberger is back after missing all of last year with an elbow injury. The Steeler defense is solid too, finishing fifth-best in total yards per game surrendered last year (304.1). Baltimore was fourth-best at 300.6.

The Browns and Bengals feature two recent Heisman Trophy recipients under center (Baker Mayfield and last year’s winner Joe Burrow) but both teams combined for an 8-24 record last season and feature defenses that are ranked in the bottom third of the league.

In a season played in front of minimal or no fans, there are variables to consider outside of the usual X’s and O’s and recent successes. However, it’s hard to envision a scenario where the Ravens do not earn their third consecutive AFC North title.

Which rookie will make the biggest impact?

The nod probably will go to inside linebacker Patrick Queen, the team’s first round pick this year out of LSU and the Defensive MVP of the National Championship. Queen has been immediately inserted as a starter at LB and he follows a decorated list of first round LBs that have each made the Pro Bowl four times while starting for five plus years: Ray Lewis (1996), Peter Boulware (1997), Terrell Suggs (2003) and C.J. Mosley (2014).

The 21-year-old finished in the top ten in the SEC in tackles last year and shouldn’t come off the field either during obvious passing down situations as he did not allow a reception of more than 20-plus yards on any of his nearly 500 career coverage snaps.

Then there’s J.K. Dobbins, who could end up getting the most carries on any given game as OC Greg Roman has indicated that the team’s backfield “division of labor” would change “on a week-to-week basis.” Mark Ingram is 30 years old with nearly 1,800 touches in his career, so if Ingram cedes carries to someone in the running back room, it’s probably going to be Dobbins over Gus Edwards or Justice Hill.

WRs Devin Duvernay and James Proche will contribute on special teams, and the aforementioned Tyre Phillips has a chance to be immediately inserted on the starting offensive line. The third-round pick out of Mississippi State is battling an ankle injury ahead of the season opener (along with fellow rookie Justin Madubuike) so his path to immediate playing time could be hindered, however, his versatility during Training Camp has impressed the coaching staff.

Lamar Jackson might have lobbied for Hollywood’s cousin Antonio Brown to be signed by the team, but unsurprisingly, the Ravens decided against bringing in the controversial wide receiver. That means Marquise Brown is the unquestioned WR1 once again in his second season and he’ll be the deep threat while tight end Mark Andrews should continue to get a lot of looks in the middle of the field. Andrews, who led the team in targets last season, should continue to pull safeties’ attention, meaning Brown should have plenty of one-on-one opportunities on the outside.

The two biggest factors working against Brown’s productivity that will be tested this season is his durability and the offense’s penchant for running the football. Hollywood elected to have offseason surgery to remove the screw from his foot that plagued him last season and there has been no indication throughout training camp that he’s anything less than 100%.

As far as the offensive philosophy, defenses have had an entire offseason to scheme against the Ravens’ rushing attack. While it’s hard to imagine a defensive unit completely stifling the potent Baltimore run game, there could be scenarios where a stacked box or multiple spies on Jackson could open up the aerial attack. While Miles Boykin and Willie Snead are still in the mix for catches, and despite the fact that the team drafted two WRs, Brown is the clear WR1.

When a team wins 14 out of 16 games, throwing the football to get back into the game is not often a priority for an offense. Ravens fans would assuredly rather win football games than have Brown accumulate “garbage time” statistics. Hollywood’s mere presence on the field is so influential in that he stretches the defense, which allows for other skill players to get open underneath. 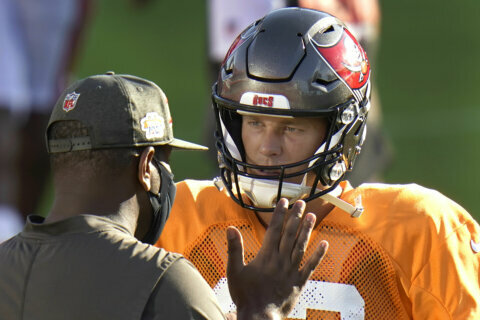 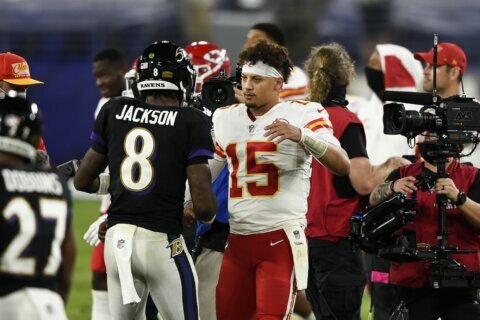