Drivers speed by on U.S. Route 1 in Crystal City, Virginia, keeping an eye on the traffic lights, barely noticing their surroundings — but big changes are coming.

Crystal City is morphing into National Landing, the future home of Amazon’s HQ2, and since the idea of bringing Amazon to the area was first broached, big changes were expected for Route 1. 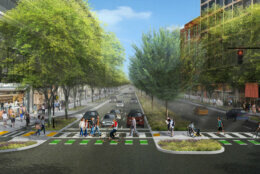 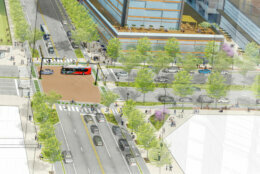 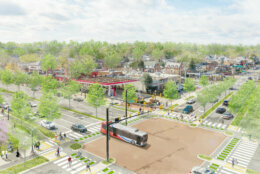 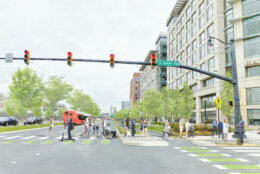 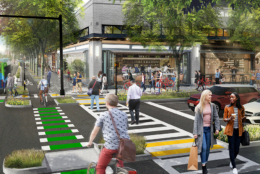 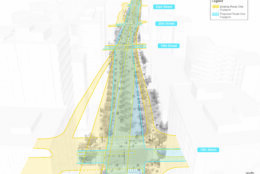 The group envisions the roadway between 15th Street south to the Alexandria border with narrower vehicle travel lanes, dedicated bike lanes, wider sidewalks and lush landscaping. There would be shortened crosswalks, thanks to pedestrian landing islands in the middle of the roadway, and public art to complement the scene.

The BID calls its campaign to transform Route 1 “People Before Cars,” with the goal of remaking the car-oriented highway into an urban boulevard that prioritizes pedestrian safety in a walkable environment.

The National Landing BID says there are 26,000 residents who live among office buildings, hotels and more than 450 restaurants and shops in the three communities, which are being transformed by the addition of Amazon.

Long-serving Arlington Co. sheriff — and one of first female sheriffs in Virginia — to step down