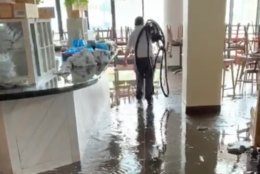 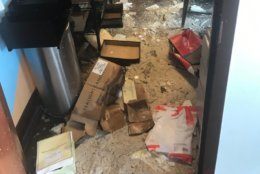 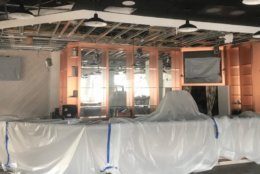 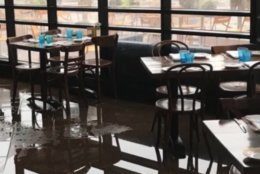 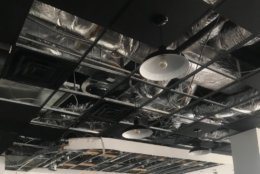 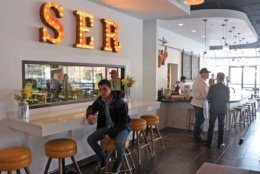 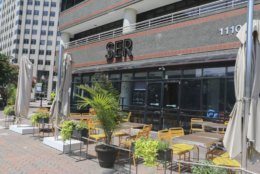 This article was written by WTOP’s news partner ARLnow.com and republished with permission.

“The water apparently came through faulty drains in the building’s third floor balcony, spread through the third and second floors, and then seeped into every corner at SER,” owner Javier Candon wrote on the GoFundMe page. “We are at a loss about the physical and emotional toll this has taken on us and our entire SER family.”

The Spanish restaurant has so far raised more than $2,500 after launching the campaign Thursday. The current fundraising goal: $65,000.

Candon noted that this is the fourth time SER has flooded since opening in 2015.  Last July the restaurant had to temporarily close when the it partially flooded after the roof collapsed.

Candon told ARLnow he was “weighing his options” on how best to move forward.

“We are all devastated,” he said via email. “We have been closed all week impacting not only our guests and the parties we’ve had to cancel, but our hard working staff. Everything was damaged in the restaurant as water seeped in everywhere… the furniture, our bar, our ceiling tiles, equipment, etc.”

Candon said he is filing insurance claims but there’s uncertainty about what will be paid and when. In the meantime, SER is facing mounting costs and will use the GoFundMe proceeds to “to get the restaurant open ASAP.”

“Unfortunately, we don’t have the luxury to wait for the claims to begin reconstruction,” he said.

Two and a half days after Monday’s storm dumped over three inches of rain across the region in an hour, Arlington County declared a state of emergency. Since then, at least 200 affected residents and 15 business owners have filed claims for aid with the county, reported ABC 7.

A resident raising money for flooded Westover stores blew past a $25,000 fundraising goal in less than a day, stretching the goal to $100,000 to help cover the damage caused and merchandise lost when flood waters filled basements and knocked out power.

As of 11 a.m. this morning, the Westover GoFundMe campaign raised about $55,000 to support the damaged shops.