The list is published yearly by the American College of Sports Medicine and the Anthem Foundation, a philanthropic arm of the Anthem insurance company.

Arlington ranked within the Top 10 cities for 22 of them, and came first in six — including number of residents exercising in the last month, meeting aerobic and strength activity guidelines, population reporting a good or excellent state of health.

The city also had the lowest rates of residents who smoke and who live in poor physical health — as well as the lowest occurrence of pedestrian deaths — out of the 100 cities examined.

“We love Washington — we have parks, we have monuments, we have gyms and our walkability is through the ceiling,” Pamela Peeke, a spokeswoman for ACSM, told WTOP. “D.C. is a standout, there’s absolutely no question.”

Around the country, Seattle, San Francisco, Minneapolis, Denver and Chicago also ranked high on the list. The lowest 10 out of the 100 cities analyzed include Detroit, Toledo, Indianapolis and Louisville. Dead last: Oklahoma City.

The annual list seeks to be an assessment and evaluation tool for community leaders wanting to learn about and improve key indicators of physical activity, ACSM said in a news release, adding that the goal of the report is to provide sufficient data and resources “to drive healthy change.”

The full list of results, including city comparisons, can be read on the America Fitness Index’s website. 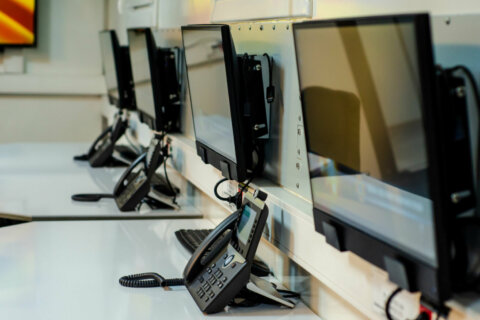