It's been nearly a year since a mass shooting at the Capital Gazette claimed the lives of five people. To remember the victims, several events will take place on June 27 and 28, including a moment of silence, the dedication of a memorial garden, a concert and a gun violence summit.
Listen now to WTOP News WTOP.com | Alexa | Google Home | WTOP App | 103.5 FM

It’s been nearly a year since the horrific mass shooting at Maryland’s Capital Gazette newspaper that claimed the lives of five people.

And plans to mark the solemn day have been unveiled.

It was Thursday, June 28, 2018, when a gunman with a long-standing grudge against the paper opened fire at its offices in Annapolis, leaving families of the victims, the community and fellow journalists across the country shattered.

To remember the victims, several events will take place on Thursday and Friday next week, including a moment of silence, the dedication of a memorial garden, a concert and a gun violence summit. 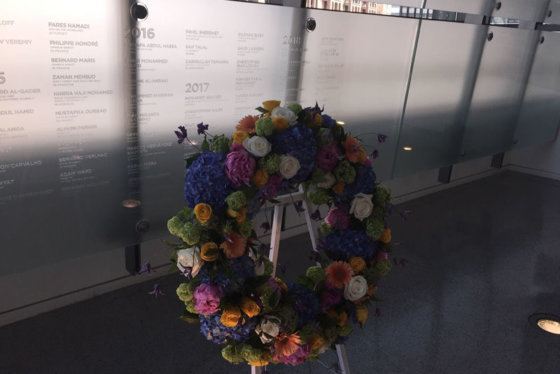 Local reporters killed in past year honored at Newseum memorial

The new additions to the Newseum’s memorial wall include the four reporters who were killed inside the Capital Gazette newsroom as well as a Washington Post columnist who was critical of the Saudi crown prince.

Events to mark the one year since the shooting includes a memorial garden dedication, moment of silence, a concert and a gun violence summit. The full details are available on the Capital Gazette’s website. Most of the events take place on June 28.

The Safe Cities summit will gather stakeholders, policymakers and experts to discuss how to build informed strategies and prevent and reduced gun violence, spokeswoman Mitchelle Stephenson of the Annapolis mayor’s office told the Capital Gazette.

Annapolis Mayor Gavin Buckley said in a statement to the newspaper, “With so much gun violence, I thought we needed to be talking. Bringing people together to see if there is some way to save some of our residents from the terror and grief that we experienced in Annapolis.” 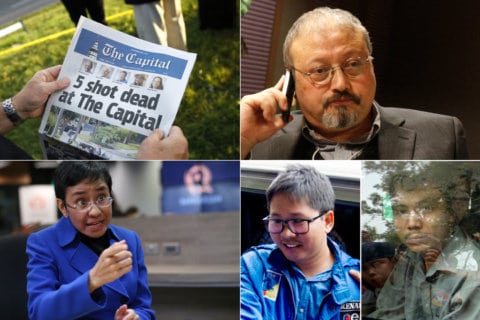 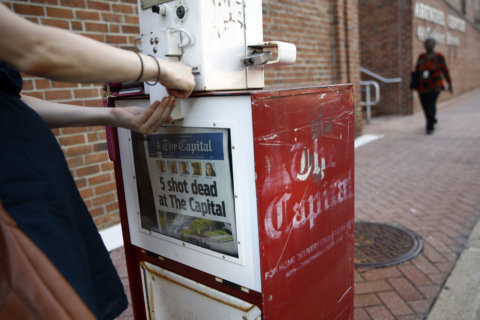