"You’ve gotta get somebody out here quick because cars are like swerving out of the way. It’s going to be bad,” a 911 caller told dispatchers. This was one of many calls received about a car traveling the wrong way on Route 50 that resulted in a multiple crashes.
Listen now to WTOP News WTOP.com | Alexa | Google Home | WTOP App | 103.5 FM

WASHINGTON — Audiotapes of 911 calls before and after a double fatal crash in Annapolis, Maryland, last week suggest a driver may have traveled more than five miles on the wrong side of Route 50.

The total time spent on the highway was only about four minutes, but many of the callers reporting the incident made clear the vehicle was going at a high rate of speed. 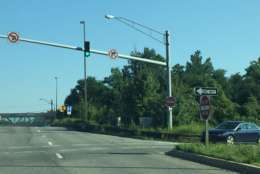 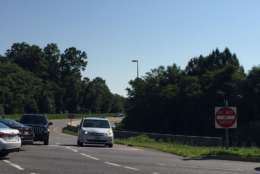 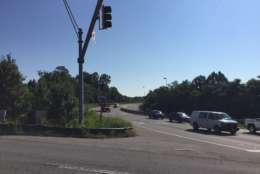 The first call released by police was time stamped at 2:10 a.m. and came from Michael Apgar, who identified himself as an off-duty Greenbelt police officer exiting from Route 50 to Anne Arundel Medical Center. 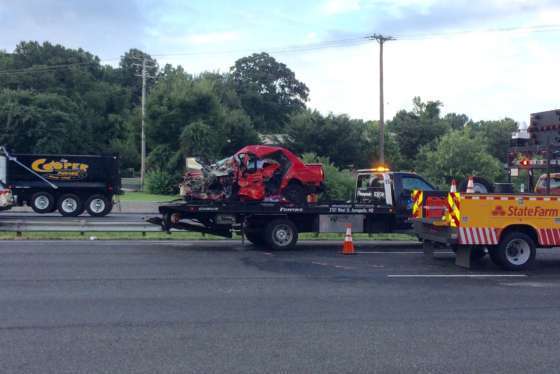 All westbound lanes of U.S. 50 were shut down near the Chesapeake Bay Bridge for more than five hours after a fatal crash early Wednesday morning.

“Route 50 at the Route 2 ramp, a car just came at me about 100 miles per hour going the wrong way on 50,” Apgar told a dispatcher. “He was going eastbound in the westbound lanes … He came head-on at me.”

Subsequent calls came in as drivers reported the vehicle zipping past them in the fast lane past Rowe Boulevard and over the Severn River Bridge.

Dispatchers spread the word first to the county and then to state police and also Maryland Transportation Authority Police, since the vehicle was traveling toward the Bay Bridge.

But about four minutes later, a call from a woman who gave her name as Allison confirmed that the worst case scenario had occurred.

“I just called about a car driving the wrong way down 50,” she told dispatchers. “They just caused a really bad accident, like directly in front of Bay Mart going westbound.”

As she spoke with other dispatchers, she spoke of a situation that grew worse in front of her. In the call time stamped at 2:14 a.m., she was heard reiterating the aftermath of the crash involving “two, three, four cars.” She described the scene from the other side of the road.

“It’s going to be in the middle of the road,” she continued. “There’s going to be another accident because there’s cars just flying.”

When a dispatcher asked her if any cars were on fire, Allison described smoke coming from one vehicle before exclaiming, “Oh my God! You’ve gotta get somebody out here quick because cars are like swerving out of the way. It’s going to be bad.”

State Police identified the wrong-way driver as 31-year-old Christine Parks of Severn. They said that there was alcohol inside the vehicle. The crash remains under investigation and the final report, including toxicology reports, has not been released. 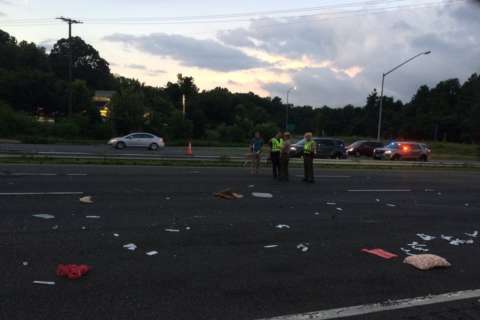