Wine of the Week: Wine and candy pairings for Halloween

Why should the kids have all the candy? This 21-and-up guide is the perfect handbook for pairing your Halloween candy with wine.
Listen now to WTOP News WTOP.com | Alexa | Google Home | WTOP App | 103.5 FM

WASHINGTON — Halloween is just around the corner, and judging from the party store displays, it’s obvious the annual ghostly celebration is enjoyed as much by the adult crowd as it is by the younger gang of masked candy marauders.

But that doesn’t stop the hordes of trick-or-treaters who knock on our door every three minutes, sending our two dogs into a frenzied fit of barking. It takes us two full minutes to calm them down, just in time for the next ding-dong of the doorbell, which sets them off all over again.

It’s enough to drive one to drink … wine — with candy!

Wine with candy? That’s were Vivino comes to the rescue. The popular wine app, which allows subscribers to take a photograph of any wine label using a smartphone and instantly learn the wine’s ratings and pricing, recently asked the best wine experts for their advice on pairing wine with Halloween candy.

With credit where credit is due, I thought I would pass along some of the expert’s top picks, along with one of my own. Exactly why Vivino did this, I have no idea, but now I am actually looking forward to trying all of these pairings this Halloween — just as soon as the dogs stop barking.

Karen MacNeil, author of the highly renowned The Wine Bible, is also a wine journalist, educator and consultant based in Napa Valley. MacNeil is also the creator and chairman of the Rudd Center for Professional Wine Studies at the Culinary Institute of America in St. Helena, so she knows a thing or two about pairing food and wine. MacNeil took on the tough assignment of figuring out what goes with candy corn. Her pick: moscato.

“Moscato and candy corn are a fantasmagorica of sweetness. Think candy land on steroids. The sugar in the candy corn amps up the fruitiness in the moscato. Both taste better as a result,” she said in the article.

Courtney Schiessl is a sommelier, freelance writer and wine professional based in Brooklyn, New York. A certified sommelier through the Court of Master Sommeliers, Schiessl is currently a sommelier at Marta, a restaurant inspired by the tradition of a Roman-style pizzeria. Schiessl tackled a very tough one: Swedish Fish.

“Swedish Fish holds the title for best gummy Halloween candy — yup, I said it. They’re not too sweet, bursting with flavor, and just plain fun! Lambrusco’s berry and cherry flavors mirror those of the Swedish Fish, while underlying earth and floral notes add complexity,” she said in the article.

Laura Burgess is a wine enthusiast and recent West Coast transplant who now lives nestled in the foothills of California’s Sierra Nevada, surrounded by baby grapevines. I think she hit the nail on the proverbial barrelhead with her pairing for Hershey Kisses: zinfandel.

“The best wine contrasts creamy milk chocolate with ripe berry flavors. America’s sweetheart, zinfandel, turns every bite into a raspberry cordial on the palate,” she said in the article.

Joel Anthony Caruso is a member of the prestigious Court of Master Sommeliers and is the wine and beverage director at Pizzeria Ortica in Orange County, California. He has a passion for amarone, so it’s no surprise that his pick to pair with Tootsie Rolls is the heady red wine from Italy.

“In order for a chocolate and wine pairing to work, the wine needs a lot of horsepower. Amarone, with its rich tones of leathered blackberry, strawberry and currant has the strength to stand up to one of life’s greatest pleasures, chocolate,” he said in the article.

And now it’s my turn. My favorite Halloween candy is Baby Ruth, hands down. I love how the creamy caramel is the perfect textural counterpoint to the crunchy roasted peanuts, all held together by the cohesive bond of milk chocolate. This slightly salty, slightly buttery-rich combination demands a wine that can play at both ends of the palate, so I’m going with Madeira. The traditional Portuguese dessert wine pairs well with the nutty, gooey chocolate nougat in the Baby Ruth, bringing out the nutty notes and maple and brown sugar tones in the wine. Try it with the 1996 Broadbent Colheita Madeira from Portugal. $45 Wine of the Week: Stepping up the ladder of Cabernet Sauvignon 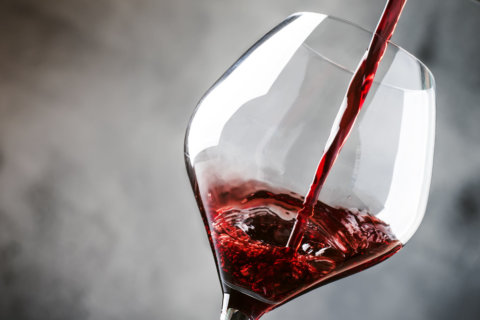 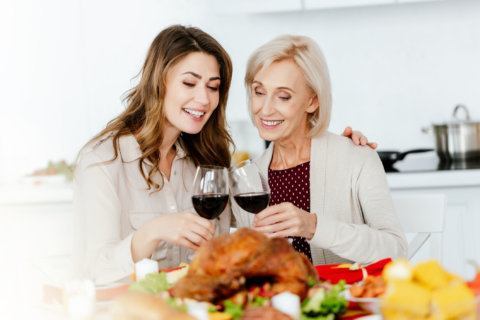