History appears to have repeated itself with the Atlantic tropical season.

Fiona slammed Puerto Rico early this week on the heels of the anniversary of major impacts from Hurricane Hugo 33 years ago.

Hugo began as a tropical wave off the African coast on Sept. 9, 1989 and pushed across the Atlantic, following a very similar track to Fiona.

It crossed Guadeloupe on Sept. 17 as a major Category 4 hurricane with maximum sustained winds of 140 mph. Just one day later, Hugo made landfall on Puerto Rico’s east coast near Fajardo with estimated winds of 125 mph. 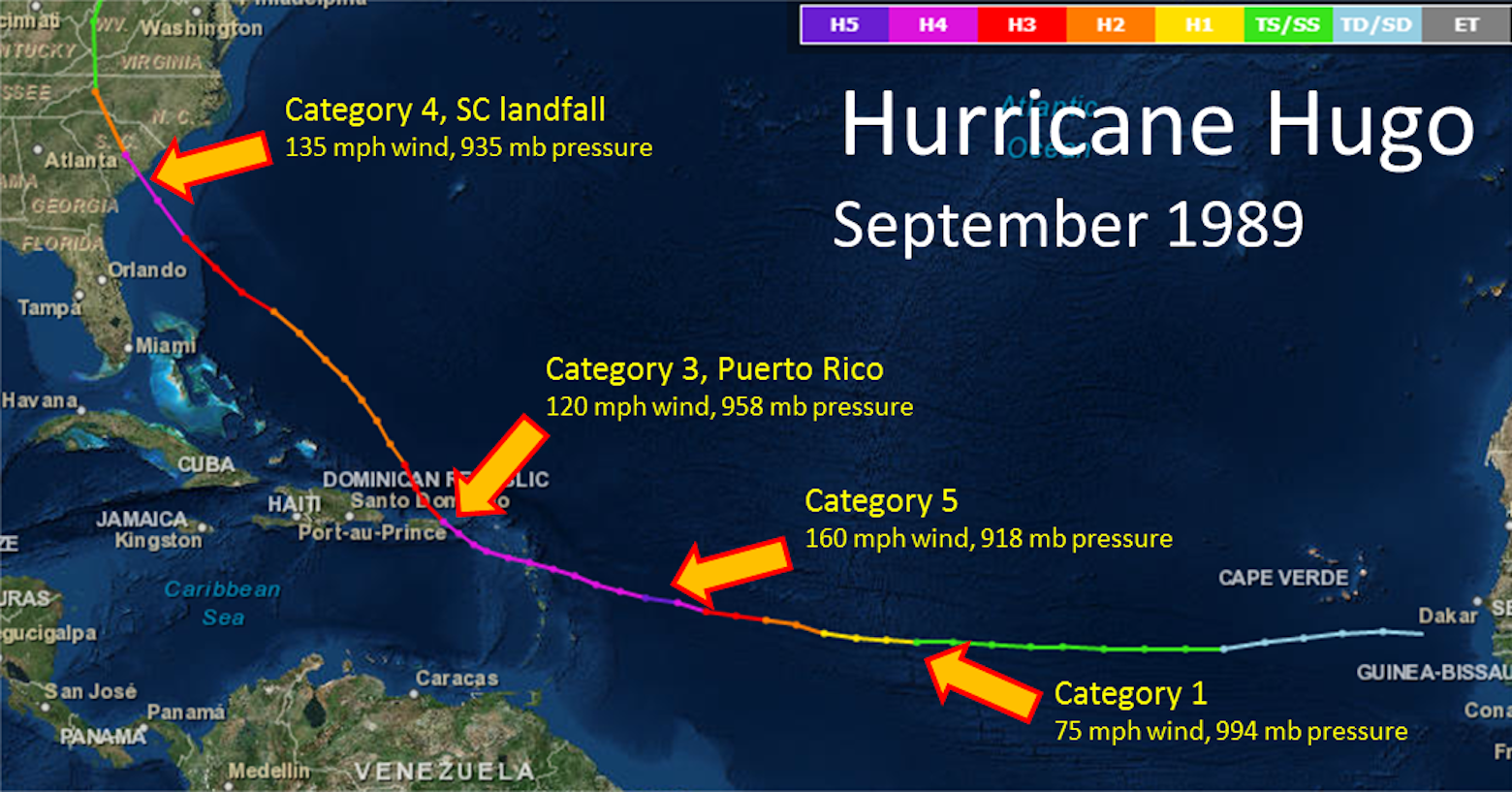 The difference between Fiona and Hugo’s track after departing Puerto Rico was the position of high pressure north of its track. Hugo was directed right onto the Carolina coast thanks to a high pressure anchored off the East Coast.

Meanwhile, Fiona will get kicked away from the East Coast this week from an approaching seasonably strong cold front with high pressure pushing southeast from Canada.

Hugo made landfall midnight on Sept. 22 near Sullivan’s Island, South Carolina, with maximum sustained winds of 140 mph. Charleston, South Carolina, clocked gusts as high as 108 mph. It then beamed into the Appalachians later the same day after making landfall. While Hugo devastated the Carolinas, the Mid-Atlantic escaped the brunt of the damage.

The West Virginia and Virginia Blue Ridge and Alleghenies saw the strongest gusts of 40 to 55 mph.

Although Hugo didn’t slam the nation’s capital with flooding, it served as a reminder how September rainfall can be enhanced by tropical systems. Hugo’s rain helped push Reagan National Airport to its tenth wettest September on record with a monthly total of 6.68 inches.