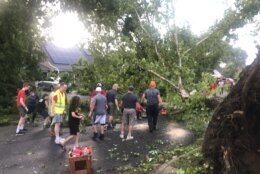 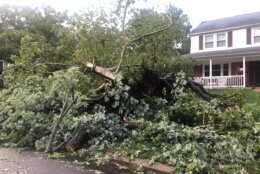 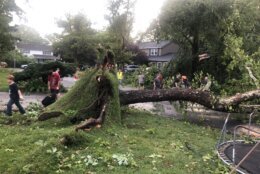 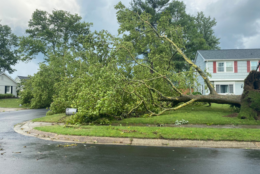 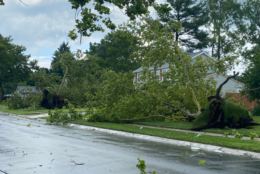 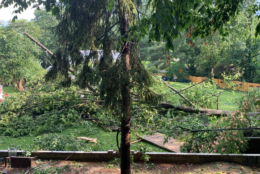 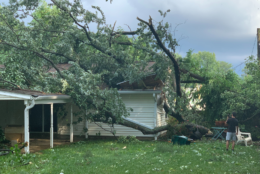 A dry Fourth of July was followed by a stormy Tuesday afternoon in the D.C. area.

There is visual evidence showing tell-tale signs of tornado damage in Bowie, a National Weather Service spokesman said. An investigation will confirm whether a tornado did touch down in the area.

In Shady Side, the spokesman said there was visual evidence of tornadic activity, and again, an investigation will be conducted on whether there was a tornado that passed by.

Localized flooding, hail, lightning and gusty winds struck the region, Storm Team4 Meteorologist Ryan Miller said. The storms moved out of the region by 8 p.m., but not before causing some damage to houses in the area.

Trishia Martinez was at home when a tree fell on her house.

It sounded like a “train out of nowhere,” and she said the tree almost hit her and her brother.

Martinez said that she could see the tree from inside the house, and it took out walls. The roof in that part of her house was also completely caved in and the fence was destroyed.

After a storm passed through one Bowie neighborhood, downing tree limbs and power lines, neighbors were pitching in with chainsaws trying to clear a large tree and debris at Sara and Shield lanes.

Neighbors are already pitching in with power saws removing debris from suspected tornado damage ar Sara and Shield Lanes. There are several big sycamore trees toppled by the storm in this neighborhood @WTOP pic.twitter.com/YXqIuI1ly1

Wednesday: Partly sunny, hot and humid. A chance of afternoon and evening thunderstorms. Highs around 90.

Thursday: Showers and thunderstorms, with highs in the mid to upper 80s.

Friday: Scattered showers and thunderstorms, with highs in the mid to upper 80s.

WTOP’s Rick Massimo and Abigail Constantino contributed to this report. 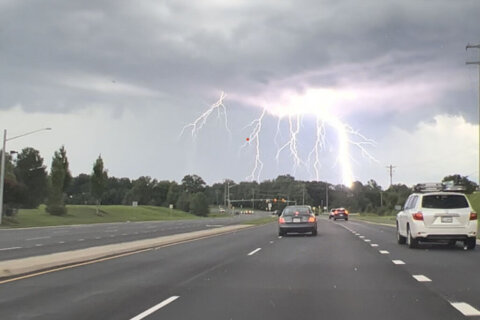 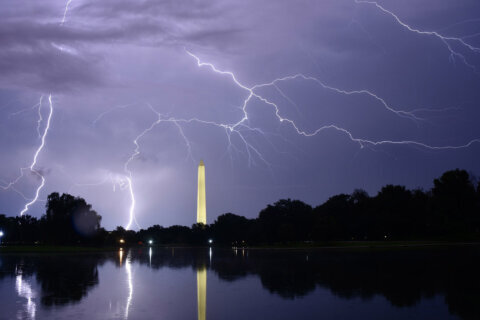