There’s been an eye-popping number of tornado warnings in the region, but if you think we’ve gotten severe weather systems out of our system, think again.
Listen now to WTOP News WTOP.com | Alexa | Google Home | WTOP App | 103.5 FM

If it seems like the weather in the D.C. area has been a little — well, bazonkers recently, it has. There’s been an eye-popping number of tornado warnings in the region, but if you think we’ve gotten severe weather systems out of our system, think again.

Storm Team 4 meteorologist Matt Ritter said Friday that there have been 10 tornado warnings in the greater WTOP listening area since May 17, along with two confirmed tornadoes in Howard County, Maryland.

He added that he’s still waiting for confirmation of a possible tornado Thursday in Frederick County, Virginia.

On May 23, a tornado that touched down in Columbia, Maryland, was classified as an EF-1, meaning that the winds were in between 86 and 110 mph.

Of course, a storm doesn’t have to reach tornado status to do some damage: That afternoon, trees were uprooted and landed on houses and in roads in many places in the D.C. area, including in D.C.’s Tidal Basin. Tens of thousands of people were left without power, some for days.

Another tornado hit around Glenelg on May 30, bringing down more power lines and trees.

The National Weather Service is still surveying other areas for possible tornadoes. Fallen trees have been reported in Montgomery, Howard and Prince George’s counties, and Baltimore in Maryland; and in Fairfax, Prince William, Fauquier counties in Virginia, according to a weather service storm report.

That’s not all: A wind gust of 71 mph was reported in Gainesville, Virginia. At Davison Army Airfield, east of Lorton, winds gusted to 66 mph. A 52 mph wind gust was reported at Reagan National Airport, The Associated Press reported.

And thousands of people in the area are still without power on Friday.

You might be thinking a plague of locusts is coming next, but Ritter said this is just the time of year for the severe.

“This is just the time of year that we’re starting to warm up, and there’s still cold air at the higher latitudes. So, we have a busy jet stream, and that provides the energy for the storms.” 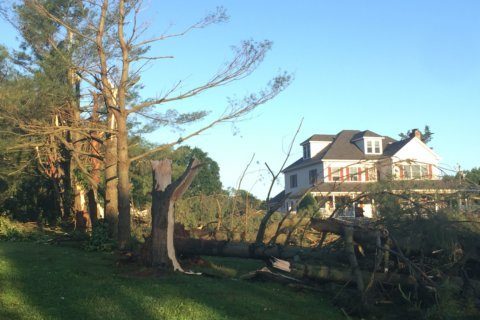 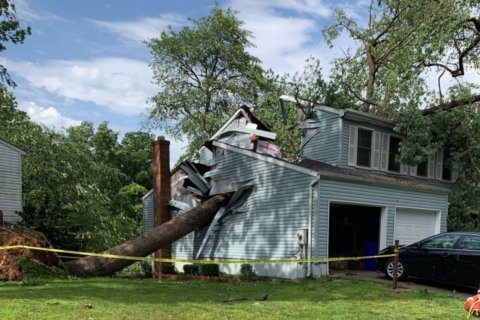 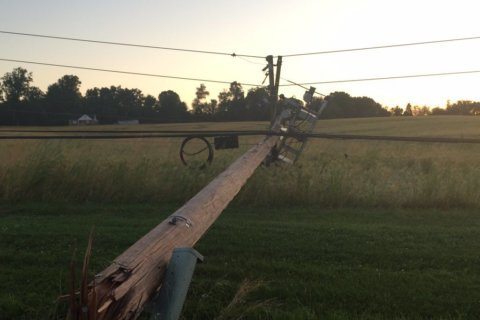