WASHINGTON — Unless you’re going on a road trip to the south, don’t expect to see much from this weekend’s winter storm. For the rest of us, it’s looking to be a dry Saturday at best, and a mild nuisance at worst.

Good news for Washingtonians: Forecast guidance has shifted faster and further to the south, leaving anything measurable well to the south of the D.C. area.

“It’s likely that the immediate D.C. metro and Northern Maryland may not just get no measurable snow, but may stay completely dry,” Storm Team 4 meteorologist Matt Ritter said. “Either way, even in a worst-case scenario, this looks like a low impact event for us, if not no impact at all. Storm track, temperatures, and dry air are all teaming up to make this a poor snow maker for most of us.”

Under the latest National Weather Service forecast, Prince William and Fauquier counties in Virginia, and Charles County in Maryland were about as far north as any measurable snowfall should get. Even those areas were only forecast to see up to an inch from Saturday’s system.

For anybody outside of a stretch from Kentucky through south West Virginia into west central Virginia, this one isn’t shaping up to much at all — though anyone planning a drive through Charlottesville or Richmond should plan for some delays, just to be safe.

Next week’s forecast is something to keep an eye on. The D.C. area is heading into what meteorologists call an active pattern — a quick succession of low pressure systems.

Another system will channel warm, unstable air from the Gulf of Mexico into the region on Sunday afternoon, likely making for a wet commute on Monday. A brief period of sleet or snow wasn’t out of the question for the D.C. area, but as of Friday morning, most forecasts were calling for an all-rain event.

Long-range forecasts are showing a third storm bringing impacts on Wednesday and Thursday. The presence of a colder air mass to boot could lead to a longer period of icing or snow before a changeover to rain, but timing and amounts were still unclear.

It’s worth watching both of these systems closely for last-minute shifts in thinking.

“Now that we’re in mid-February, with warmer temperatures on the table from here on out, and with higher sun angles even through the clouds, we’ll be dealing with more and more of these ‘mixed’ storms in which every last minute detail matters,” Ritter said. “Forecast details can — and will — change as we get closer to each event.”

Saturday: Cloudy and chilly. Mix of rain and wet snow. Accumulations south of DC about 1 to 2 inches. Coating to no accumulation near and north of D.C. Highs: Mid 30s to near 40. 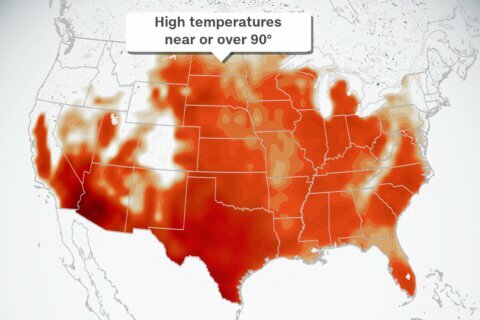 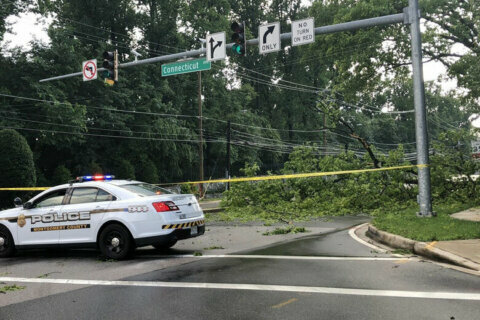