Two waves of winter weather may cast a shadow during the first week of spring in the D.C. region, starting with rain overnight and possible snow Tuesday and Wednesday.
(1/9) 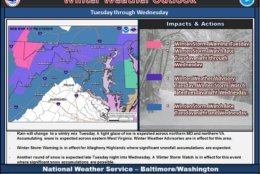 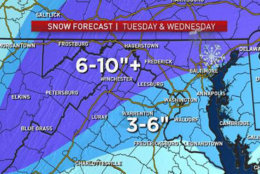 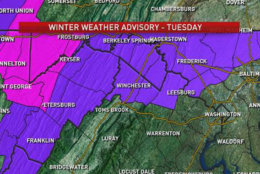 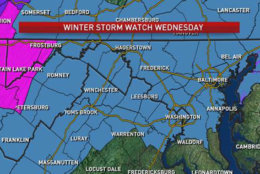 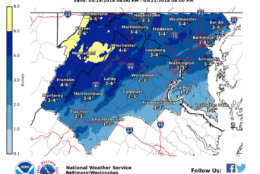 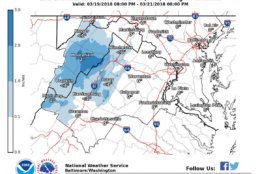 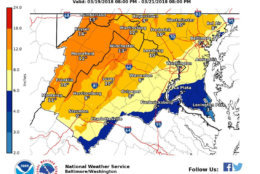 WASHINGTON — Nothing about this year’s first day of spring will bring visions of flowers and Easter egg hunts.

A mix of rain, sleet and snow is expected to arrive in the D.C. area overnight and affect Tuesday morning’s commute. Forecasters are also looking out for another storm to move into the area Tuesday night and potentially bring snow Wednesday, said Storm Team4’s chief meteorologist Doug Kammerer.

After a sun-filled Monday, two waves of winter weather are expected to cast a shadow during the first week of spring in the D.C. region, with possible snow in the forecast.

“There are two parts to this system,” Storm Team4’s Lauryn Ricketts said.

Showers and falling temperatures overnight could change over to a snow mix by daybreak Tuesday. A mix of sleet and snow is especially expected to affect areas north and west of D.C., Kammerer said, with roads expected to be slushy the farther north and west drivers go.

Update regarding the winter weather headlines for Tuesday and Wednesday. See map for details. For additional information, go to https://t.co/NE4IUzNKyF pic.twitter.com/ztUwkEx0uQ

Kammerer said it’s tough to forecast because of temperatures — one degree will make a different from sleet to snow, he added.

A light glaze of ice will be a major impact Tuesday for northern Maryland, Northern Virginia and the Shenandoah Valley, according to the weather service. The advisory affects D.C. and several surrounding counties in Maryland and Virginia.

The weather service said another round of snow is likely late Tuesday night and Wednesday. Kammerer said area-wide totals could fall between 3 to 6 inches; in the north and west zones, totals could be even higher.

Wednesday will see the most snowfall, Kammerer said. Thursday is looking breezy and cool with winds out of the Northwest.

Storm Team4’s Sheena Parveen said the roads will be wet in the D.C. area on Tuesday, following a wintry mix of rain and snow, except in Northwest D.C. where roads may be slicker.

The Maryland Department of Transportation State Highway Administration had crews pre-treat highways and bridges in northern counties in advance, as nighttime temperatures will increase the chance of roads refreezing.

Two winter storms coming our way…expect snow for EVERYBODY on Wednesday which means cancellations, travel delays and accumulating snow pic.twitter.com/53P48KPWQi

If the bleak forecast comes to fruition and causes any school delays Tuesday or Wednesday, they will be listed on WTOP’s Closings and Delays page.