Russell Westbrook and triple-doubles have become somewhat synonymous over the last few years after the nine-time all-star averaged one in three straight seasons from 2016-19.

The savvy he showed over that span carried over to his first career game with the Washington Wizards, as he notched a triple-double just three quarters into the team’s season opener against the 76ers on Wednesday.

He’s the first Wizard with a triple-double since Bradley Beal in January 2019. Unfortunately, Westbrook’s penchant for scoring, rebounding and dishing passes didn’t do much for the team defensively and Washington allowed Philadelphia to come back for the 113-107 win.

Westbrook’s three-year run of triple-doubles ended last season after he was traded to the Houston Rockets and forced into a much different role. After Wednesday’s game, another streak may be on the horizon for him in D.C. 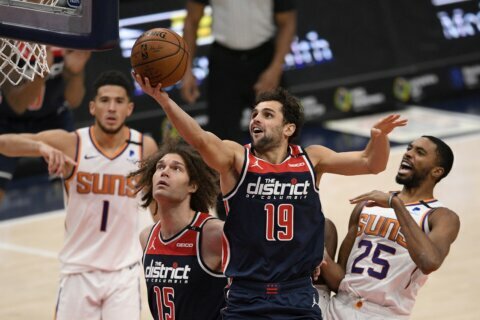