The Nationals have signed left-handed reliever Luis Avilán to a minor-league deal with an invitation to spring training, according to multiple reports.

Avilán, 31, spent last season with the New York Yankees and made 10 appearances, posting a 4.32 ERA and 1.680 WHIP across 8 1/3 innings. The journeyman southpaw has played for six teams over his nine-year career including three from the NL East: Atlanta, Philadelphia and New York.

IVC Networks Venezuela was the first to report the signing.

Washington went into this offseason without an experienced left-handed pitcher remaining in their bullpen. Former closer Sean Doolittle was among the Nationals’ most notable free agents to hit the open market this winter; the only lefties still on their 40-man roster after him were starter Patrick Corbin and rookies Ben Braymer and Seth Romero.

The Nationals first addressed that depth issue by signing former Minnesota Twins prospect Sam Clay to a majors deal in November with minor-league options. However, Clay has yet to make his MLB debut six years after being selected in the fourth round of the 2014 draft.

Avilán brings more than 350 innings of big-league experience, including 11 innings of scoreless postseason baseball. With the Nationals’ roster still coming into focus, he will look to make the team out of spring training and hold down a coveted left-hander spot in their bullpen. 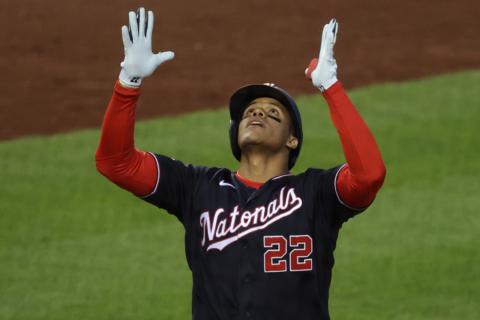