The Washington Nationals announced Monday that the team has chosen a new manager.
(1/7) 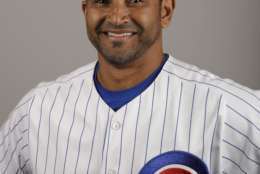 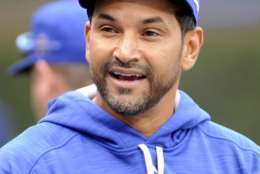 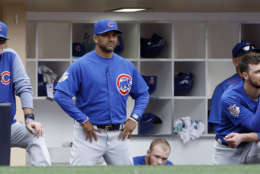 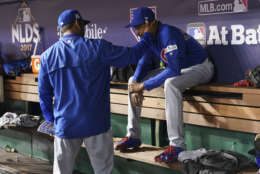 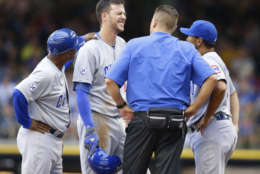 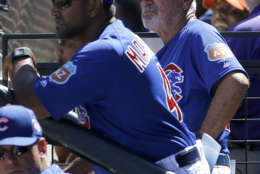 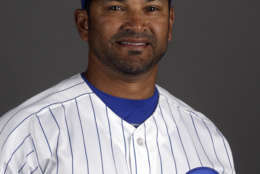 WASHINGTON — The Washington Nationals announced Monday that the team has chosen a new manager.

The Nationals announced Monday that Chicago Cubs bench coach Dave Martinez will take the reigns after the team parted ways with Dusty Baker. The Nats and Martinez agreed to a three-year contract with an option for a fourth year.

Martinez in the seventh field manager in National history.

“We are delighted to bring Dave aboard and excited about what he will bring to our clubhouse and our dugout,” Managing Principal Owner of the Nationals Ted Lerner said in a news release. “We have been very clear about our goals as an organization and we feel confident we’ve found the right man to help us reach them.”

The Nats said in accordance with Major League Baseball rules, the team will “refrain from further comment until after the completion of the World Series” and a formal press conference introducing Martinez will be scheduled after the final match between the Houston Astros and the Los Angeles Dodgers.

Jon Heyman first reported over the weekend that Martinez, 53, would be announced as the new manager.

In 2015, it was reported that the Nationals were set to offer to the managerial job to former Padres manager Bud Black after the World Series, but that deal fell apart when the two sides could not agree on a salary.

The Nationals then offered the job to Dusty Baker.

In the Nationals, Martinez will inherit a team with a stellar bullpen, MVP-caliber player Bryce Harper and a strong lineup, but it remains an organization unable to break through the NLDS.

That inability to advance despite making it into the postseason four times in the last six seasons sealed Baker’s fate.

In a conference call earlier in October, Nationals General Manager Mike Rizzo called Baker “a Hall of Fame-type manager,” but said that the expectations of the team had grown along with their success.

In 2008, he became the bench coach for the Tampa Bay Rays.

Martinez joined the Cubs as bench coach after the 2014 season.

WTOP’s Will Vitka and Patrick Roth contributed to this report. Dusty Baker’s ouster raises a question: Do the Nationals have a plan? Dusty Baker will not return as Nationals’ manager