The Nationals' 2018 schedule opens on the road, features a home opener against the New York Mets and includes an expanded Battle of the Beltways.
Listen now to WTOP News WTOP.com | Alexa | Google Home | WTOP App | 103.5 FM

WASHINGTON — The Washington Nationals have released their 2018 regular season schedule, which begins on the road in Cincinnati on March 29.

The home opener will be against the division rival New York Mets on Thursday, April 5, followed by an off day before the series resumes over the weekend.

The Battle of the Beltways series will expand to six games between the Nationals and Baltimore Orioles in 2018, with three games at Camden Yards beginning on Memorial Day, May 28, and concluding with three at Nats Park Tuesday, June 19 through Thursday, June 21.

The regular season concludes at Coors Field in Denver the final weekend of September. 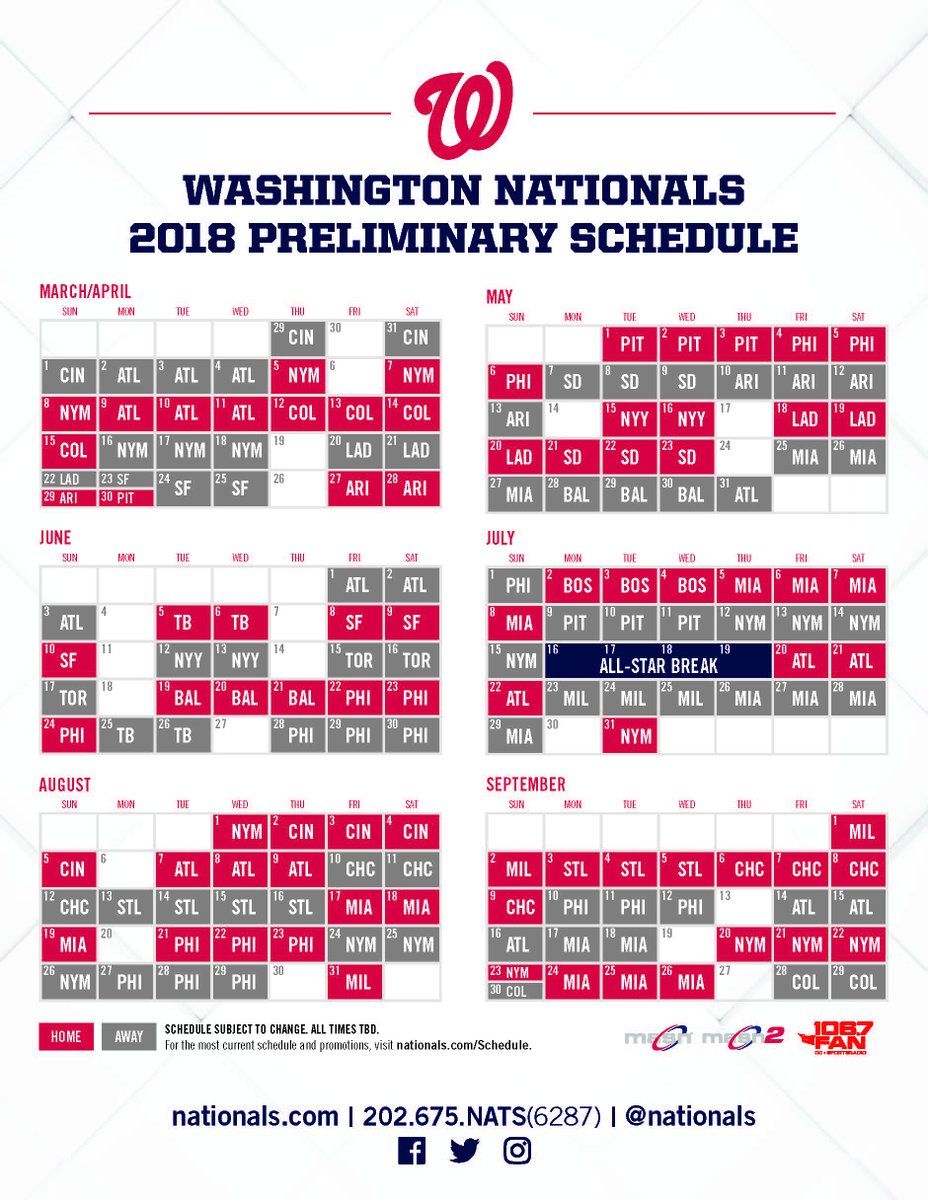