The Nationals return a majority of their core as they look to build upon last year's 95-win team and take the next step in the MLB postseason.
Listen now to WTOP News WTOP.com | Alexa | Google Home | WTOP App | 103.5 FM
download audio
October 7, 2022 | Is this a 'World Series of bust' team this year? (WTOP's Sports Editor Noah Frank preview the Nationals season)

WASHINGTON — With the Chicago Cubs winning the World Series last season, breaking the longest championship drought in American sports history in the process, it would be understandable to overlook the success the Washington Nationals enjoyed. It can be difficult to take solace in a third division title in five years when none have yielded so much as an NLCS appearance.

As the Cubs return the lion’s share of their excellent, young nucleus, they are understandably the Vegas favorites to repeat. But there’s good reason to believe the Nats may be even better than their 95-win club from next year and may be in a position to create a powerhouse showdown with the defending champions come October.

Of course, after trading division crowns with the Mets the past three seasons, the two rivals may battle down to the wire for NL East supremacy once again this year.

Health always dictates success to some degree, but a team’s ability to withstand the inevitable injuries that will pop up along the way gives it insurance against hardship. The Mets’ 25-man Opening Day roster is, on paper, essentially an even match with the Nationals’. But can New York’s vaunted rotation stay healthy? The starting five of Jacob deGrom, Matt Harvey, Steven Matz, Noah Syndergaard and Zach Wheeler combined to make just 93 starts last year, with Wheeler missing the entire season.

The Nationals have questions about their own rotation depth as well this year. After shipping off Lucas Giolito and Reynaldo Lopez to the White Sox in the deal to acquire Adam Eaton, any starts made by those outside of the Opening Day rotation will likely come from untested arms. Given Stephen Strasburg’s elbow injury at the end of last season and Max Scherzer’s knuckle injury this spring, expect some rookies to play a role at some point.

Baseball Prospectus projects each team to win 87 games, though those projections are notoriously conservative around the margins. With much of the nucleus of last year’s team returning — including an apparently healthy Bryce Harper — there’s reason to hope for a much higher win total.

One shouldn’t read too much into spring stats, but Harper has been absolutely smashing following his injury-marred 2016 campaign. He’s homered eight times in just 62 plate appearances, which equates to roughly an 80-homer pace for a full season of baseball. Harper also had a good spring last year, though, so take that with the appropriate cautious optimism.

That should help mitigate any regression on the part of Daniel Murphy, coming off a career year heading into his age 32 season. A full season of Trea Turner can only help, as can a revamped bench with Adam Lind joining returnees Chris Heisey and Stephen Drew.

There’s every reason to believe Adam Eaton will be a solid offensive addition to the lineup, effectively replacing the collective black hole the Nats had in center field last season. The only question is whether his defense will translate as he moves back to center from right field, where he was an above-average defender. His center field defense was rated markedly worse by both FanGraphs and Baseball Reference, which helps explain a lower WAR projection for 2017 than in years past.

And the Nats did well to replace Wilson Ramos, coming off a career year, with a solid backstop in Matt Wieters. The former Oriole threw out a respectable 34.8 percent of runners while swatting 17 home runs last year, providing hope that the drop-off behind the dish will be minimal.

Perhaps the biggest question remaining is the depth and quality of the bullpen, which still has a lot of young arms and no established closer. But the relief corps has looked solid this spring, with neither Enny Romero or Blake Treinen allowing a run. Meanwhile, Koda Glover (13 K in 11 IP) Shawn Kelley (1.42 ERA) and Sammy Solis (14 K in 9.1 IP) have all shown promise. Thankfully for the Nats, relief help tends to be the easiest piece to acquire as the season progresses.

Aside from the Mets, the rest of the division looks fairly soft, as it has been in recent years. With the Dodgers and Giants battling out West but no apparent challenger threatening the Cubs in the NL Central, anything short of a Wild Card appearance would be a massive disappointment for this club. Barring a severe rash of injuries, it seems reasonable to expect that they will make their first back-to-back postseason appearance in their young history and may well claim the division title once again.

If they get there, what happens next is anyone’s guess. 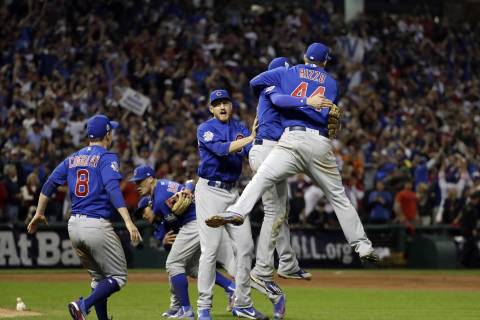 Column: Cubs win one of greatest World Series ever 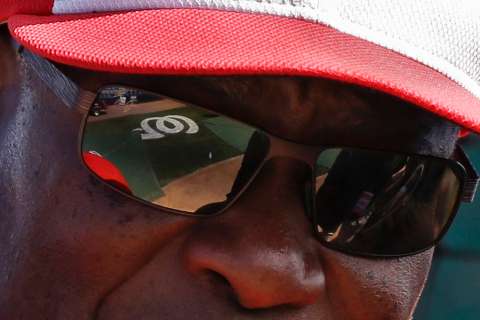 The 6 biggest questions facing the 2017 Nationals 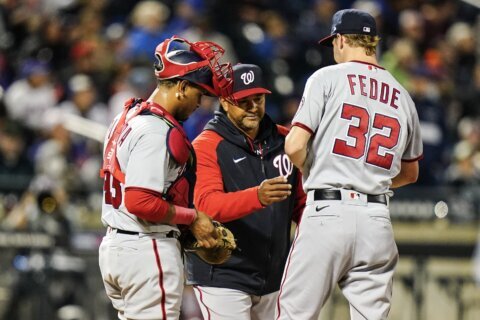