THANKSGIVING NEWS: What to do with leftovers | Takeout options instead in DC | Holiday changes across the US | Thanksgiving dinner for pets?
Home » Washington Football » Ron Rivera says he…

With the situation the Washington Football Team has at quarterback, which is that there is no clear answer, each week seems like a make-or-break moment for the starter. That notion seemed to grow after Dwayne Haskins was benched just four games into the 2020 season.

At that point, it looked as if head coach Ron Rivera had an idea of what he needed to see by a certain time, and he was acting on it. Even as Kyle Allen took over as the No. 1 guy under center, it was fair to assume that the same procedure would take place.

However, Rivera expressed on Wednesday that is not the case, saying there is no timeline Allen needs to hit and there wasn’t one for Haskins. The head coach is just looking for progress on a weekly basis.

“I didn’t have a cutoff point for Dwayne Haskins. I made a decision based on what I was watching and what I was seeing, and that’s what happened,” Rivera said. “So, with Kyle, I’m going to go as long as I feel I can. Again, it’s about watching him and if I’m seeing what I want to see or not.

“Again, there was no drop-dead that if this didn’t happen here or this didn’t happen—no. What I was looking at was watching him and looking for growth and the progression and a development and that type of stuff,” Rivera said. “That’s why I made the decision I made. I had no cutoff.”

Rivera’s mindset on his quarterbacks contradicts a message he shared in the past. After a Week 3 performance in which Haskins turned the ball over four times, including three interceptions, Rivera noted that there was a time in which he could no longer send him out as the starter.

“There are guys in that locker room that are playing well enough for us to win,” Rivera said at the time. “There is a cut-off point for me. There is.”

Whether or not the inconclusive cutoff point does exist for Rivera, the fact of the matter is that being the starting quarterback in Washington isn’t a lock. The head coach has an idea of what he needs to see from Allen, and even if it doesn’t come with a timetable, it doesn’t mean nothing will change.

Despite the loss in Week 6, Rivera liked what he saw from the quarterback. The two turnovers — one fumble and one interception — stick out as bad mistakes, but Allen’s ability to command the offense and move the football impressed the head coach.

Moving forward, he’ll look for consistency and progress from the passer he coached in Carolina. More than anything, though, he’ll be looking for wins. With the division somehow still in sight and a desire to change the mentality of the team, a decision at quarterback could stem from what the scoreboard says in the coming weeks.

“That’s the way that I’m going to look at it. Who is going to give us the best opportunity to win is what I’m going to go with. I think that’s something that I’m trying to get across is that we have an opportunity to win right now and be competitive in the division,” Rivera said. “That’s what I’m playing for. The intent is to win every game you play. I’d love to win all 16 games. That can’t happen right now, so I’d love to win the rest of the games we play. That’s the way I’ll approach it as we go forward.” 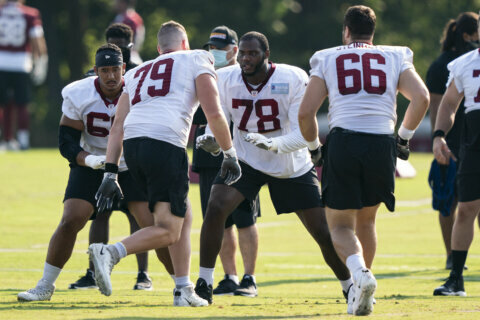 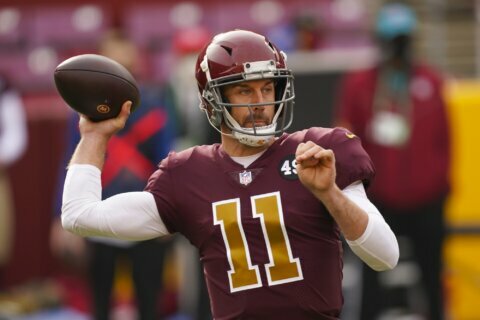