Though the final score read 3-1 on Saturday, the Capitals and Rangers locked horns in an incredibly close game. A goal from Mika Zibanejad with less than three minutes remaining proved to be the game-winner with an empty-net goal added for good measure. In a game that tight, the Capitals’ power play can often tip the balance in Washington’s favor. That was not the case Saturday as the Caps went 0 for 4 on the power play.

The Caps entered Saturday’s game with the 7th ranked power play in the NHL, converting on 27% of their opportunities. At home, they have the best power play in the league at a whopping 44.4%. Yet on Saturday, the power play netted the Caps nothing. The Rangers’ penalty kill was able to box Washington out and keep them out of the high-danger areas while down a man more effectively than even when at even strength.

Granted, the Caps don’t always need to get in close to beat teams on the power play and Washington did manage to generate some opportunities on the man advantage.

“I thought we did some good things on the power play tonight,” head coach Peter Laviolette said. “It’s not always perfect. There’s always battles you don’t win and you’ve got to go down, there’s breakouts that aren’t clean, but there was a lot of good things that we did do. We had a chance early on, I think it was Vrana through the seam, [Keith Kinkaid] made a nice save. I think Ovi hit the post. I thought we had lots of looks and lots of shots. Some of them didn’t hit the net or they got blocked so it didn’t drop.”

With a few good chances, it would be easy to dismiss this game as just a blip on the radar, one of those games in which the pucks didn’t go their way but on other nights those chances would have hit the back of the net. But for the season, Washington has now failed to score a single power-play goal against New York in four games and 13 total opportunities.

The Rangers have a very aggressive penalty kill that is among the best in the league ranking third at 86.6%. It has thus far given the Caps fits and they have failed to penetrate the PK to get shots down low. New York is keeping everything to the perimeter and applying enough pressure on the puck carrier to force quick decisions. This strategy has certainly been effective against Washington and is a major factor in the Caps’ 1-3-0 record against them so far this season.

“I think we’re not going to do anything if we’re not moving the puck around into the right spots and getting chances,” John Carlson said. “It felt like we had a lot of great chances and we’ve got to find a way to bear down. Especially these low-scoring games, I think we’ve been great 5-on-5 as a team, but your special teams really needs to step up.”

Washington won’t have to wait long for another crack at the Rangers, however, with another two games set for March 28 and 30. This has proven to be a tough matchup for the Caps, but figuring out how to add to the offense on the power play would go a long way towards reversing that trend.

“There’s no question going into it, we’ll continue to look at it against this team,” Laviolette said. 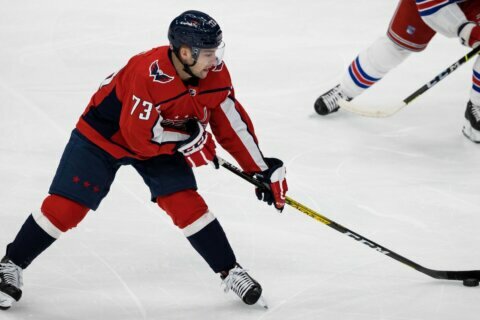 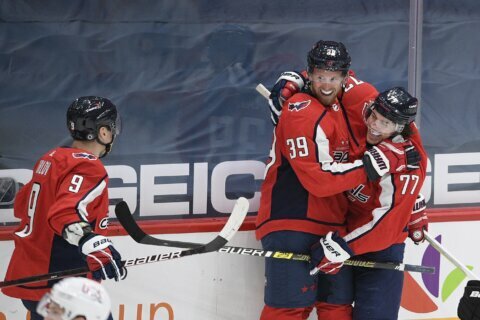