It only took a few minutes, but tickets for the watch party for Game 5 of the Stanley Cup Final at Capital One Arena are sold out.
Listen now to WTOP News WTOP.com | Alexa | Google Home | WTOP App | 103.5 FM

WASHINGTON — It only took a few minutes, but tickets for the watch party for Game 5 of the Stanley Cup Final at Capital One Arena are sold out. 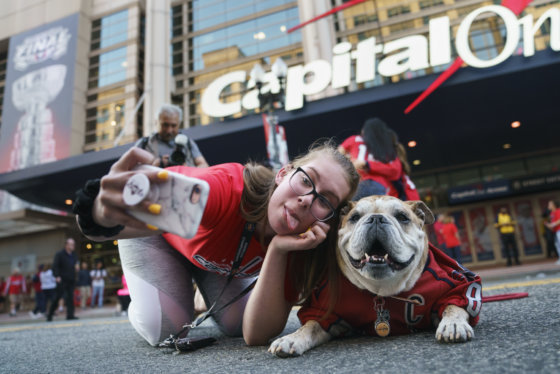 Washington Capitals fans were “rockin’ the red” and rockin’ to Fall Out Boy outside Capital One Arena. See photos and videos of the festivities.

Tickets for the Thursday event were available beginning at 1 p.m. Wednesday. At 1:20 p.m., the Caps tweeted that all of the tickets were sold out. More than 70,000 people logged in at 1 p.m. when tickets became available, Monumental Sports & Entertainment said.

The tickets were free to the public, but there were fewer to pull from after Monumental announced Tuesday that tickets to the Thursday afternoon Mystics game would be free and that attendees could stick around to watch the viewing party after the WNBA game.

Tickets to the Mystics game are sold out as well.

The growing crowds for the Game 1 and Game 2 watch parties led to the need to issue tickets for the Game 5 event “in order to ensure that we could keep everyone safe and that people could enter and exit the Arena in an orderly way,” Monumental said in a statement.

Many fans who didn’t land tickets to the watch party voiced their complaints on social media.

Not a very nice way to treat you STH or true fans. So many better ways to have done this. You made a lot of people angry and created a black market.

This was a very frustrating experience. You need to do better.

And why don’t STHs get first shot at tickets? We actually supported the team before the caps got to round 3 game 7…

Didn’t get a ticket to the viewing party inside Capital One Arena? Fans can still watch the game outside the arena on large screens located at G and 8th streets Northwest beginning at 8 p.m. Tickets are not required for the outdoor viewing party.

Metro has announced that it will be staying open late for viewers.

The Caps head into Game 5 one win away from taking home the Stanley Cup. The Caps defeated the Golden Knights 6-2 on Monday night to take a commanding 3-1 lead in the Stanley Cup Final. 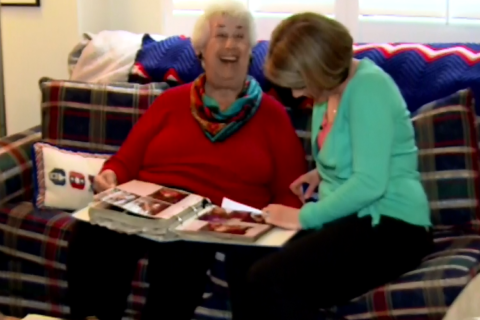 At 90, one of the Caps’ most-loyal fans is having the time of her life 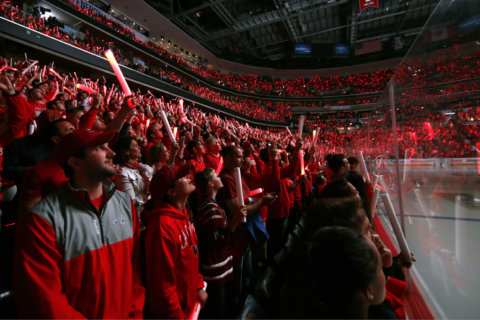 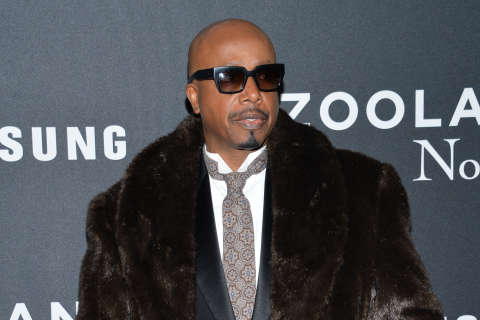