Column: Ovechkin has always been the Great 8

Mature now at the age of 30 and playing with his young enthusiasm again, all signs point to a big gap-toothed grin this spring for Washington hockey.
Listen now to WTOP News WTOP.com | Alexa | Google Home | WTOP App | 103.5 FM
(1/9) 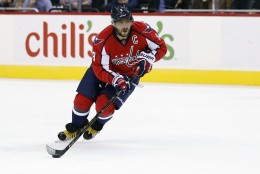 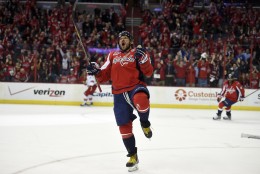 The best hockey player on the planet is finally getting his due.  Again.

Yes, he has always been a fan favorite in both Washington and Russia, but now the lovefest has spread everywhere in between.

Ovi was an immediate sensation when he burst through the doors in his rookie season.  He scored two goals in his first NHL game, hit everything that moved and even hit something that didn’t, when he dislodged the arena glass on his very first shift.

And he hasn’t stopped since.

He scored 52 goals and had 54 assists that rookie season and followed it up with 46 and 46 his second year.  That was for a Caps team that managed just 70 points both times, finishing next-to-last in the Eastern Conference each season.

While the Capitals have gotten much better around him since then, Ovechkin has maintained that incredible pace of consistency.

He has scored at least 50 goals six times, leading the league in five of those, and he’s back on top again this season.

Ovechkin would have also had another 50-goal season in 2012-13, but the NHL played only 48-games that year due to the player lockout. He still managed 32 goals.

When it’s all added up, he scored 500 goals in 801 games, the fifth-fastest in league history to reach that mark.

Since entering the NHL in 2005, Ovechkin has the most goals, points, power-play goals and game-winning goals of any player. To further show his dominance, he leads the league in goals since 2001, even though everyone else had a 4-year head start.

In addition to the numbers, Ovi is everything you’d want in a hockey player.  He’s a video game when it comes to programming the complete package.  He plays with power, skill, speed, strength, quickness, enthusiasm, determination and flair. You can also add durability.

Indeed, the Russian Machine Never Breaks, missing just 27 games over his career, either due to injury or suspension.

He is a cult of personality, literally putting Washington hockey on the map.

Before Ovechkin, the Verizon Center would be half-filled on many nights. Now, it has a sellout streak going back to 2008, when the Caps started making the playoffs and when Ovi signed his 13-year, $113 million contract. It’s been the best bargain in all of sports.

Ovechkin has won just about every individual award that the NHL has to offer, some multiple times.  That includes MVP, rookie of the year and scoring champ.

One piece of hardware, though, is missing. It’s the big one: the Stanley Cup.

In recent years, many hockey critics pointed to Ovechkin as the reason for the Capitals failing to win a championship.   But, again — let’s go back to the numbers. He has 36 goals and 34 assists in 72 career playoff games. That’s 70 points in 72 games.

So, his high productive, consistent level carries over into the postseason. He continues to get it done, when the main objective of opposing teams is to stop Ovechkin.

This season, though, there may be no stopping the Capitals. They have the best record in the league while scoring the second-most goals and giving up the least. Their special teams are also special: second-best power play and fourth on the penalty kill.

It’s a well-rounded team with the most complete player.

Mature now at the age of 30 and playing with his young enthusiasm again, all signs point to a big gap-toothed grin this spring for Washington hockey.

Enjoy Ovechkin, and enjoy the ride. 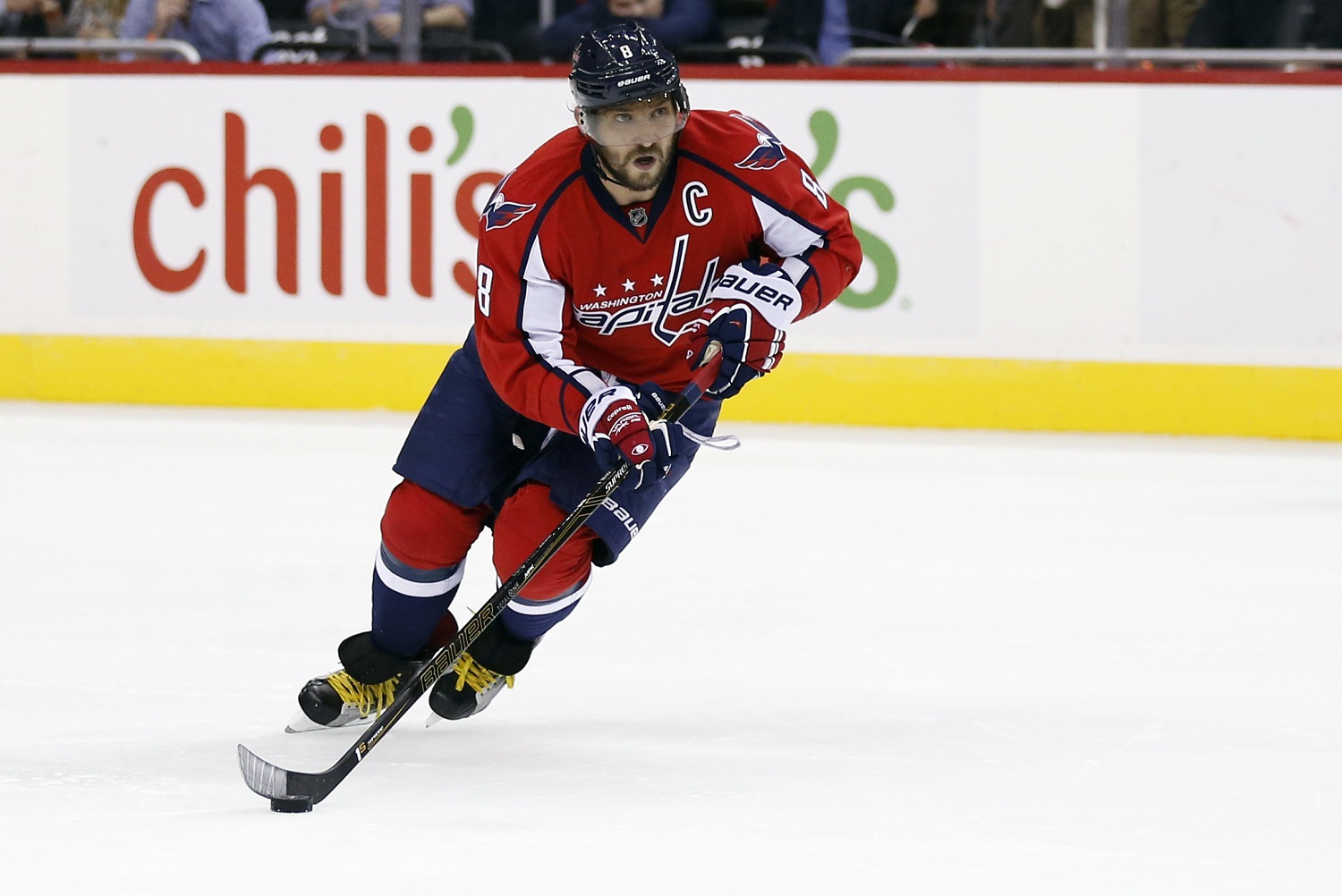 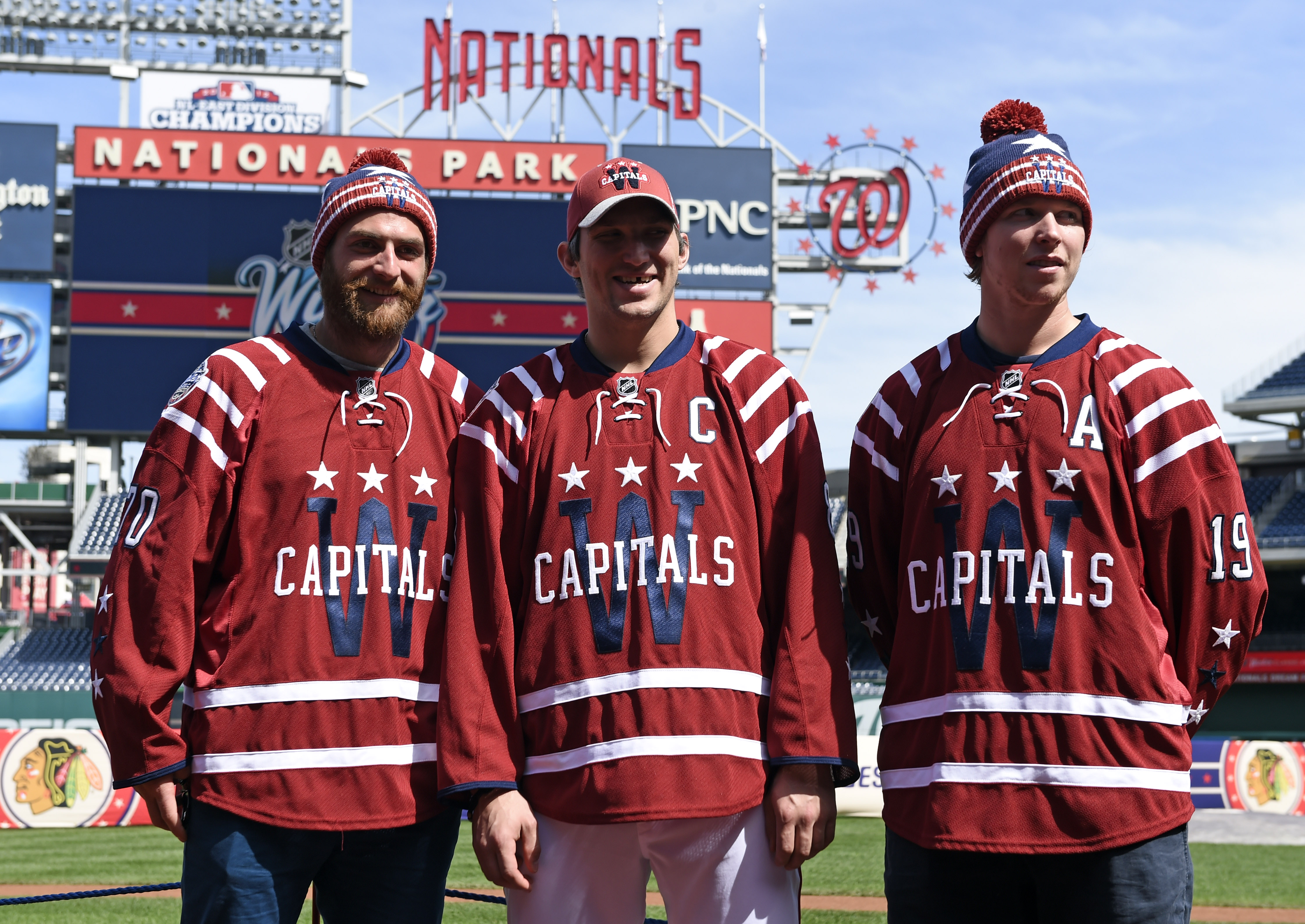