After a tenure that saw a lot of changes and some controversy, a member of the Virginia Department of Elections will not return to his position with the new administration.
Listen now to WTOP News WTOP.com | Alexa | Google Home | WTOP App | 103.5 FM

WASHINGTON — Virginia Commissioner of Elections Edgardo Cortes will not stay on in the Northam administration, he said in an email to colleagues Tuesday.

Cortes, whose job in the McAuliffe administration was to oversee the state’s elections systems and operations through the Department of Elections, said he is not sure yet “what my next adventure will be.”

The departure comes after a tenure that included Virginia’s transition to electronic voter registration and absentee ballot requests, but that also included the crash of the registration system at the deadline to register for the 2016 presidential race and a series of concerns raised after the 2017 House of Delegates election.

In Stafford County and Fredericksburg, voters were assigned to the wrong House districts despite warnings more than two years ago.

Unrelated to the Department of Elections, a recount court also found that a Newport News race ended in a tie, which led to control of the House of Delegates being decided by drawing a name from a bowl.

“I’m proud that over the past four years, we showed that modernizing elections, with a focus on making it easier for voters, can lead to increased participation and more secure elections,” Cortes wrote in the email.

Gov. Ralph Northam has not yet named a successor. 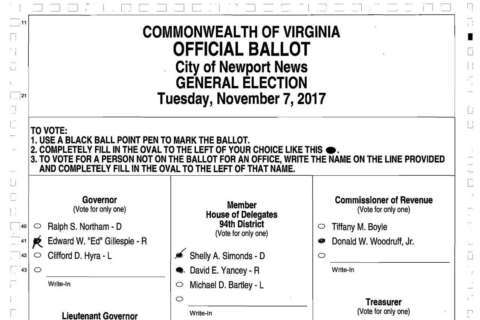