The man found not guilty by reason of insanity in the shooting of an Alexandria police officer will face two trials in Prince William County, after being indicted on a charge of arson and stalking.
Listen now to WTOP News WTOP.com | Alexa | Google Home | WTOP App | 103.5 FM

A man who was found not guilty by reason of insanity in the 2013 shooting of an Alexandria, Virginia, police officer will now face two trials in Prince William County on charges of setting fire to the home of a mental health professional, trying to set fire to her car and stalking eight people.

In a Friday hearing in Prince William County Circuit Court, Judge Angela Horan ruled Kashif Bashir will stand trial Nov. 12 on a felony charge of making a false statement on a consent form to purchase a firearm and a misdemeanor count of possession of a firearm by a person acquitted by reason of insanity.

Bashir will stand trial in February 2020 on felony charges of arson and attempted arson, as well as nine counts of misdemeanor stalking, and unauthorized use of an electronic tracking device.

Bashir listened attentively during the hearing, conferring quietly with defense attorney Robert Bennett, who has been representing Bashir as his attorney, Paul Walla, recovers from eye surgery.

Assistant Commonwealth’s Attorney Claiborne Richardson requested a jury trial in the 2020 case. In the November trial, a judge will determine Bashir’s innocence or guilt.

In Virginia, arson carries a statutory maximum of life in prison.

In 2014, Bashir had been found not guilty by reason of insanity for the February 2013 shooting of Peter Laboy, a motorcycle officer who was shot while assisting a young woman who was being stalked by Bashir. Laboy nearly died from brain injuries; his wife and doctors have dubbed his recovery miraculous. He was forced to retire because of his injuries.

In June 2018, Alexandria Circuit Court Judge James Clark released Bashir, with conditions, from the mental hospital he had been living in since being acquitted.

This year, in February, Bashir was accused of setting one fire and trying to set another at the homes of two mental health professionals. One of them, Elizabeth Dugan, is a supervisor of a county government board responsible for reporting on whether Bashir was complying with his conditional release and had been seeing him five times a week under a court order.

That case is on hold as the Prince William County cases proceed.

Bashir is in custody until his trial.

Court records show that after Bashir was arrested in February, two loaded 9 mm semi-automatic handguns were found in his home. 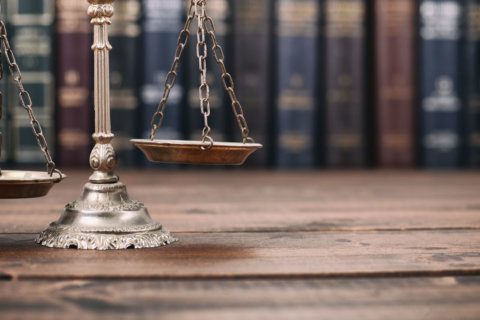