Bashir was indicted on charges of three felonies: arson, attempted arson and giving a false statement about his criminal history in obtaining a gun. The maximum penalty for arson is up to life in prison.
Listen now to WTOP News WTOP.com | Alexa | Google Home | WTOP App | 103.5 FM

Kashif Bashir, who was found not guilty by reason of insanity for the 2013 shooting of Alexandria, Virginia, police officer Peter Laboy, has been indicted on 14 counts in Prince William County, Virginia, for allegedly stalking two mental health professionals and setting fires at their homes.

Bashir’s scheduled Tuesday first appearance after his indictment was continued until July 19.

Bashir was indicted on charges of three felonies: arson, attempted arson and giving a false statement about his criminal history in obtaining a gun. The maximum penalty for arson is up to life in prison.

In addition, he faces 11 misdemeanor counts: nine counts of stalking, possession of a firearm by an acquitted insane person and unauthorized use of an electronic tracking device.

Last month, Prince William County prosecutors failed to prove probable cause to a District Court judge, and the charges that were originally filed in February were dismissed.

However, prosecutors secured direct indictments and increased the number of counts against Bashir.

In the probable cause hearing, Elizabeth Dugan, one of the mental health providers, testified that her home had been set on fire on Feb. 6, 2019.

Dugan is a supervisor of a county government board that’s responsible for reporting whether Bashir was complying with his 2018 conditional release from a mental hospital where he had lived after he was found not guilty by reason of insanity for Laboy’s shooting.

Laboy survived, and he has undergone several surgeries. He was shot while assisting a young woman, who was being stalked by Bashir.

Fire investigators testified that they found plastic bottles in mulch of the burned house that were similar to plastic bottles discovered in Bashir’s house during a search. Another search yielded a 9-mm handgun.

Shortly after Bashir’s arrest in the arson case, Alexandria Commonwealth’s Attorney Bryan Porter filed a motion to revoke Bashir’s conditional release. That case is on hold, while the Prince William County case proceeds. 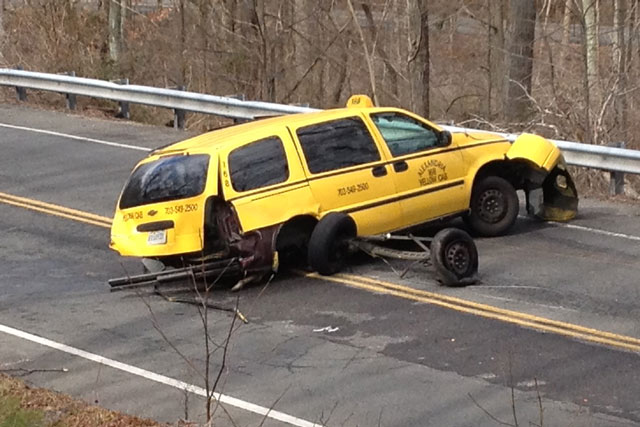