When record-setting "Jeopardy!" champion Ken Jennings first guest-hosted the show after Alex Trebek's death, he had a good-luck charm in his pocket: a ticket from the 1983 debut episode of the current version of the show.
Listen now to WTOP News WTOP.com | Alexa | Google Home | WTOP App | 103.5 FM

When record-setting “Jeopardy!” champion Ken Jennings first guest-hosted the show after Alex Trebek’s death, he had a good-luck charm in his pocket: a ticket from the 1983 debut episode of the current version of the show.

It was a gift from Bob Boden, a veteran producer of game shows such as “Funny You Should Ask” and an avid collector of game show memorabilia. Boden said he hosted some “Jeopardy!” champions at his house late last year and gave each of them one of these tickets. He has thousands of tickets from various contests in his vast collection of game show artifacts.

Boden’s trove will soon find a home in The Strong National Museum of Play’s new National Archives of Game Show History in Rochester, New York, the museum announced last week. He co-founded the archives with fellow producer Howard Blumenthal after realizing they both had boxes and boxes of game show material piling up in their houses.

“This is a very popular form of television, and it really hasn’t been memorialized; the material hasn’t been collected,” Blumenthal said in a video interview. “So, we thought it would be a good idea to start pulling things together and tell the story.”

The National Archives of Game Show History will preserve materials such as scripts, development documents, props, set designs and more to document the history of the genre.

The archives will be a research hub at The Strong and will likely not have a public exhibition for quite some time, the co-founders said. It will serve as a center for academic and industry research into the genre, providing a look back on its history, evolution, successes and failures in one place. The digital collection will be accessible worldwide via the museum’s online catalogs.

“Parts of the archives could be available (online) to researchers within the next year or so, but anything (physical and) public facing is likely to be after the expansion in 2023,” wrote Shane Rhinewald, senior director of public relations at The Strong, in an email.

Game shows have changed over time, first making the leap from radio to television in 1938 with the BBC’s “Spelling Bee” and becoming a lasting fixture in the primetime landscape. They never get the credit they deserve, Boden said, and that is why the archives are necessary.

“Game shows have, over the years, been relegated as a bottom feeder type of entertainment — not as classy or important as scripted shows or what have you,” Boden said. “But I think that people still have memories of them, and I think people will still enjoy reliving those memories and maybe coming up with new memories when they touch this exhibit one day.”

At this point, The Strong is in the collection stage, and they’re asking people to contact them if they believe they possess anything that could fit into the archives. Boden and Blumenthal also hope people in the industry and former contestants will have material lying around they’ll contribute.

Boden said he would love to see an original “Wheel of Fortune” ceramic dalmatian, a popular prize contestants could buy in the original show’s now-abandoned shopping round. Blumenthal — who co-created the PBS show “Where in the World is Carmen Sandiego?” — has a preference for anything from the 1950s since his recollection of that era is more “fuzzy” for him, as he was a young child.

So far their efforts have the support of at least one contestant — Jennings — and the veteran game show television host Wink Martindale, of “Tic-Tac-Dough” fame.

“Without this initiative, many primary resources relating to these shows, as well as oral histories of their creators and talent, risked being lost forever,” Martindale said in a museum news release. “I am very excited to see this launch and grow to become the primary destination for game show information in the country.” 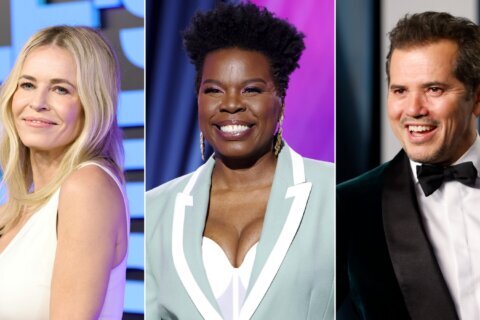 Chelsea Handler, Leslie Jones and John Leguizamo among guest hosts to step in for Trevor Noah on ‘The Daily Show’ 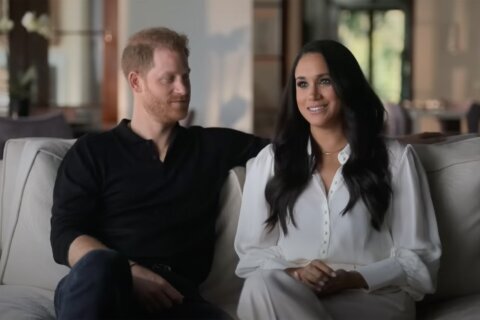 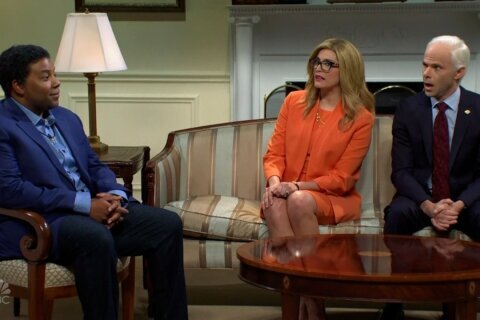