Micro-hotels bring a whole new meaning to the phrase "sleep tight." A look at the small-living trend that's spreading to travel, and what to expect from two D.C. projects.

WASHINGTON — A growing trend is the shrinking room.

In recent years, there’s been a shift toward tiny houses and petite apartments. And now the minimalist movement is hitting hotels.

More travelers are trading in the traditional hotel room and its conventional price tag for smaller, more budget-friendly accommodations. And a lot of it has to do with consumer priorities.

Sound small? It’s not that foreign of a concept, especially in major U.S. and European cities.

“We call them micro-hotels, but in New York, they just call them hotels,” Katz jokes.

At the Chinatown hotel, each room will have a queen bed (some rooms will have bunk beds), a private bathroom with a full shower, a desk, a TV and closet space with a safe.

“You don’t walk in and say, ‘Wow this is a small room.’ You walk in and think, ‘This is amazingly efficient.’ … Everything is thought through,” says Janne Clare, senior vice president of Modus Hotels.

The rooms have to be functional, but they also have to be durable, Clare says. Micro-hotels tend to have high turnover rates, since they typically attract guests for one- and two-night stays.

Katz says the Chinatown micro-hotel will likely cost 75 percent of the going rate for a room at nearby mid-scale hotels. (A Fairfield Inn & Suites is located across the street, and a Saturday night in August costs about $149 for a standard room with a king bed.)

Another plus is the attention to customer service and ambience in a micro-hotel’s “public space,” or the hotel’s lobby, restaurant and bar areas.

“The goal is to create a vibrant public space so that people aren’t drawn into their room. There’s a place to hang out and really engage with and interact with other travelers of similar ilk,” Katz says.

The public space at the Chinatown project will consist of 15,000 square feet, spread out over two levels, with 16-foot ceilings. Clare says there are plans for a coffee bar and a bakery in the morning, which will transform into a cocktail bar and restaurant later in the day.

“So there’d be no reason to sit in a guest room, other than [to use it for] a place to sleep. You need a great bed, you need a great shower, you need to have good technology, but the sense of wanting to be downstairs is really there,” Clare says.

Katz adds: “[Guests] are going to experience the city, experience the neighborhood. And they want a sense of community; they’re traveling, often times alone or with small groups and they tend to be a more social group.”

Modus is currently looking at a few different options for a food and beverage partner for its micro-hotel. Clare says the intent is to create a space where both the local community and the hotel’s guests come to gather.

While a 150-square-foot room might not be the best option for a family of four, Katz says the concept isn’t limited to single millennials either. Micro-hotels attract everyone from the young and adventurous, to business travelers and older tourists.

So far, micro-hotels have been well received in New York, and Katz anticipates seeing the same reception and demand in D.C.

“I think there’s a sensibility that’s overwhelmed the country over the past five to 10 years. You’re seeing austerity measures being introduced all across Western Europe. I think there’s just a general sensibility among younger people,” he says.

Judging by the long-term trends in densely populated European cities, such as London and Paris, that sensibility is here to stay — and Katz says it all comes down to available urban space.

“Is the world going to swing back to giant 1,000-square-foot studio apartments? Not likely. Not in the major cities,” Katz says. 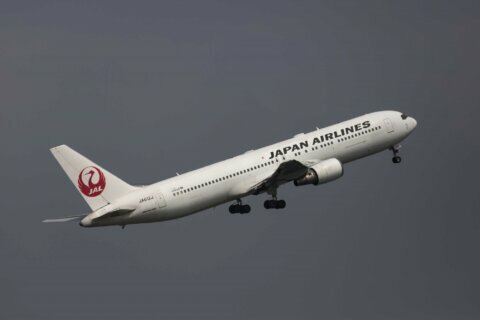