Metro said Monday afternoon it will not reduce service Tuesday after it said a safety watchdog agreed to delay an order pulling some train operators from out of service for additional training.
Listen now to WTOP News WTOP.com | Alexa | Google Home | WTOP App | 103.5 FM

Metro said Monday afternoon it will not reduce service Tuesday, after its safety watchdog agreed to give the transit agency more time to address a dispute over training for rail operators.

In a brief statement, Metro said the Washington Metrorail Safety Commission had agreed to “stay their directive related to rail operator training.”

The statement added, “Customers are the real winners in this process.”

Safety commission spokesman Max Smith said the stay allows Metro more time to turn over a list of rail operators who were certified despite not meeting the agency’s training requirements, as well as documents showing that the agency has retooled its training procedures as officials claimed during a public briefing on Monday.

The safety commission said in a memo last week it had discovered Metro was “deliberately ignoring” its own training standards, allowing operators to skip a required eight hours of initial hands-on training overseen by instructors on out-of-service trains.

Metro: ‘We are exasperated’

Earlier Monday, Metro General Manager Randy Clarke told reporters during an online media briefing that, as a result of the directive from the safety commission, it would be forced to cut service on the Blue, Orange and Silver Lines and that wait times would increase from every 15 minutes to 25 minutes starting Tuesday.

In a separate directive, the safety commission also ordered Metro to pause a plan to reduce inspections of the transit agency’s 7000-series cars that would have allowed Metro to return more of them to the rails.

During the briefing, Clarke said he and the Metro board “fundamentally disagree” with both safety directives, which he said “unfairly and unnecessarily impact our ability” to provide service “without adding any safety improvement.”

The Metro chief said the halt to its 7000-series plans means Metro service levels will not improve “for the foreseeable future,” adding, “and by foreseeable I mean months, not weeks.”

Metro’s forceful pushback Monday against both safety directives brought a long-simmering dispute between the transit agency and its independent safety regulator into public view.

During the briefing, Metro Board Chairman Paul Smedberg said Metro will formally petition the safety commission to rescind its directives.

“Let me say clearly, safety is an absolute core value for Metro full stop,” Smedberg said. “However, we are exasperated with directives that are not based on risk analysis or facts and disrupt service for our customers without adding anything to rail operations safely.”

Smedberg also called for leaders in D.C., Maryland and Virginia to step in and “mediate” between Metro and the safety commission.

“The Board and staff are fully supportive of an independent safety oversight body,” Smedberg said. “However, the relationship between the WMSC and Metro is structurally untenable, and does not advance the region’s mission of providing safe, reliable rail service.”

The Metro safety commission said it learned of the skipped training as it investigated a Dec. 6 incident in which an operator ran past a red signal. That operator had completed only nine minutes of the eight hours of initial training, according to records cited by the safety commission.

Another operator involved in a train overrun at Dunn Loring station on Dec. 31 stated they had not had any training in initial hands-on training on non-passenger trains.

The safety commission said it’s concerned that Metro isn’t making trains available for operator training because of the railcar crunch.

Clarke, the Metro GM, said the transit agency can safely skip the eight hours of initial hands-on training, because after operators progress to the more informal on-the-job training on passenger trains, they are doing an additional eight hours of training there.

Metro officials acknowledged, however, the decision to “adjust the training” was never communicated to the safety commission.

Metro Safety Chief Theresa Impastato said there was no “deliberate attempt to obfuscate the change that was being made” and that it had been discussed during informal meetings “over many months.”

But she said the decision to move forward with the change was “not formally documented and that is something WMATA needs to address.”

She said she wasn’t certain if Metro was required to provide notice of the change. “But I do believe as part of the spirit of trust and transparency, that WMATA should have notified the safety commission of this change.”

In the memo, safety commission officials said they learned last fall that Metro “was attempting to reduce hands-on operator training” and raised questions about the plan. According to the memo, the safety commission met with leadership in Metro’s Operation division, during which “Metrorail stated it would not make that change.”

Impastato said she was not personally involved in any discussions with the safety commission about changing training requirements.

As part of the new deadline, the safety commission is asking Metro to turn over documents showing that the new training procedures had actually been communicated across the agency.

“We would expect that if they made such a change, it would be documented,” Smith, the safety commission spokesman, told WTOP in an interview.

Returning more 7000-series trains is also a point of contention between Metro and the safety commission. 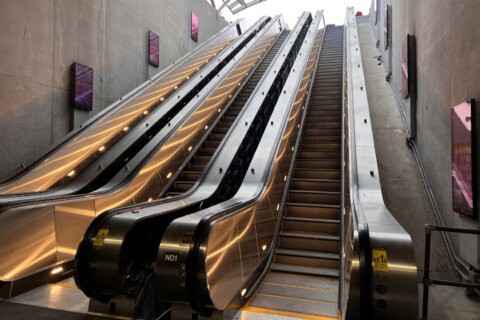