Ridership on Metrorail is expected to increase over the coming years, and transportation officials are considering how to address that growth. The plan could include a realignment of the Blue Line, the addition of a second Rosslyn Metro station and the construction a new tunnel to a new Georgetown station.
Listen now to WTOP News WTOP.com | Alexa | Google Home | WTOP App | 103.5 FM

Ridership on Metrorail in the D.C. region is expected to increase over the coming years, and transportation officials are considering how to address that growth.

A Georgetown Metro station and a Blue Line expansion to National Harbor are among the options raised in a future capacity and reliability study published this week by Metro’s Finance and Capital Committee.

The plan could include a realignment of the Blue Line, the addition of a second Rosslyn Metro station and the construction a new tunnel to a new Georgetown station.

That could cost between $20 billion and $25 billion and be the most significant improvement for ridership growth. It would expand ridership by 180,000 weekday trips and generate $154 million in annual revenue.

Other options include a Blue Line realignment, but with trains ending in Greenbelt instead of National Harbor, a Silver Line Express option and a Silver Line that ends in New Carrollton.

Metro says a lower-budget alternative would be to improve commuter and bus rapid transit service with tunnels and tracks heading to suburban parts of Maryland and Virginia.

Leaving the Metro system as it is also is on the table.

Any plan that is finalized could take up to two decades for completion.

The proposals are the result of a two-year study reviewing the Orange, Silver and Blue lines. It predicts cities and counties along the lines will have 37% more people and 30% more jobs by 2040.

Metro board members will be briefed Thursday with plans to select a final plan sometime next year. 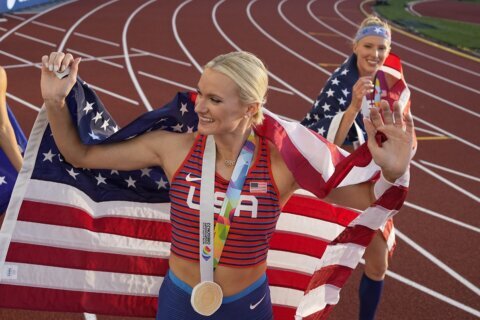