The Metro Board is set to vote Thursday to extend a six-month pilot on a single line — Route 79 between Silver Spring and downtown D.C. — rather than take any permanent action on a proposal to expand the cash ban.
Listen now to WTOP News WTOP.com | Alexa | Google Home | WTOP App | 103.5 FM

WASHINGTON — Cashless Metrobuses will not be expanding anytime soon.

The Metro Board is set to vote Thursday to extend a six-month pilot on a single line — Route 79 between Silver Spring and downtown D.C. — rather than take any permanent action on a proposal to expand the cash ban to all limited-stop buses over opponents’ objections.

The ban on cash to pay for a trip or to add value to a SmarTrip card is supposed to speed up buses, but Metro staff wrote to the board that they want more data from an entire year before drawing any conclusions about whether it has actually worked.

Concerns about cash-free buses include a lack of access to the faster buses for people who only have cash or who do not want to set up automatic payments from a bank account to their SmarTrip account. There are also questions about whether it really makes as significant a difference in travel times as other upgrades like off-board fare payment would.

Metro no longer allows riders to board any bus with a SmarTrip card that has any amount less than the full fare on it.

“Thus far, the data collected on the operational impacts of cash-free boarding are largely from the summer months, when traffic conditions tend to be lighter,” a Metro Board memo said.

“The Red Line shutdown from late July through early September also affected operating conditions on Route 79, which serves some of the same travel markets as the affected Red Line stations. An extension to the pilot will allow for a more robust performance analysis over several additional months in other seasons,” the staff report continued.

A public hearing was held in September, and Metro staff now say they will not present results of that hearing or information about the data collected from the pilot until spring.

Metro submitted a request to the Federal Transit Administration Oct. 24 to allow an extension of the cash-free pilot. Metro expected a response by the end of November.

Thursday’s vote would extend the cash-free bus rules on Route 79 through late June, so any further changes would probably happen in conjunction with the schedule and possible fare changes typically implemented at that time of year.

Metro has similarly extended other recent policies with a limited amount of data presented from an initial pilot program, including this year’s expansion of parking fees. 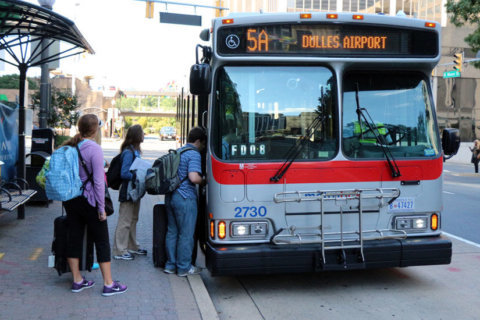