Metro has no significant track work scheduled this weekend, as All-Star festivities gear up at Nats Park and as D.C. United plays blocks away at its new home. Baseball fans can look forward to extended service hours Monday and Tuesday nights.

Adding to the big weekend for local sports fans is D.C. United, which officially opens its new stadium, Audi Field, near Nationals Park on Saturday night.

Even without the All-Star Game in town, there is very limited parking available near Audi Field.

On Metro, the Navy Yard-Ballpark or Waterfront stations are the shortest walks. From the Navy Yard Metro Station exit near the Nationals Park center field gate, walk down the third base side of the stadium along South Capitol Street then turn right on Potomac Avenue toward Fort McNair to reach Audi Field.

There are also DC Circulator stops on M Street at Delaware Avenue, which are a similar distance from the stadium as the Metro stations are, about a 10-to-15-minute walk.

Biking to the stadiums is also an option.

On Fridays and Saturdays, Metro closes at 1 a.m. now, so there should be no issues for soccer fans this weekend.

Riders who drive to Metro stations should note that Metro now charges $2 for parking on Saturdays except at Wiehle-Reston East, where Saturday parking remains free.

The Metro Board voted Thursday to extend the Saturday parking fee and approved several other changes through at least the end of the year.

Drivers at 13 stations pay significantly more — even on Saturdays — if they do not pay for parking using a SmarTrip card used to ride the rail system. That fee applies to credit card payments at parking exit gates. Riders can avoid it by adding the parking fee to their SmarTrip cards in the station.

As always, at times when there may be big crowds, Metro recommends adding enough value to SmarTrip cards for a round trip before starting the trip in order to avoid long lines at fare machines as crowds head home.

There are a number of road closures around both Nationals Park and MLB All-Star FanFest at the Washington Convention Center.

On Metro, each location has a station on site.

Major League Baseball arranged a sponsorship deal with MasterCard to cover the costs.

Metro expects a significant number of tourists or others who do not usually ride Metro to be in town for the game.

For Sunday afternoon and evening’s Futures Game and Celebrity All-Star Game, Metro plans to close at the regular time. The doubleheader begins at 4 p.m.

On Sundays, Metro only runs from 8 a.m. to 11 p.m. Last trains leave some stations significantly earlier than the stated closing time. At Navy Yard, the last northbound train toward L’Enfant Plaza, Gallery Place and Greenbelt is scheduled to leave Sunday at 10:52 p.m. The last southbound train toward Branch Avenue is scheduled to leave at 11:18 p.m.

After the All-Star Game crowds leave town, Metro begins the first of a new series of 24/7 shutdowns.

Starting Saturday, July 21, the Rhode Island Avenue and Brookland-CUA stations close on the Red Line for more than six weeks, through Labor Day.

For part of the Red Line shutdown, it will overlap what may be an even-more-disruptive Blue Line shutdown and single-tracking downtown on the Orange and Silver lines.

That work is scheduled Aug. 11-26, with no Blue Line trains between Rosslyn and Largo Town Center, and Orange and Silver Line trains scheduled only every 20 minutes each along the length of the lines, even at the height of rush hour. 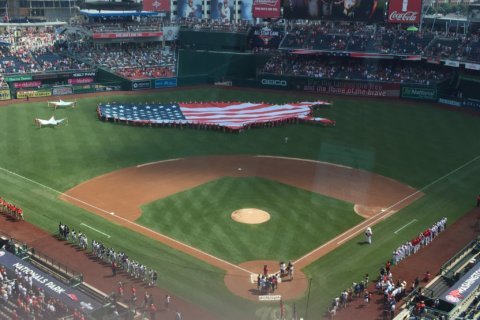 Your guide to All-Star week